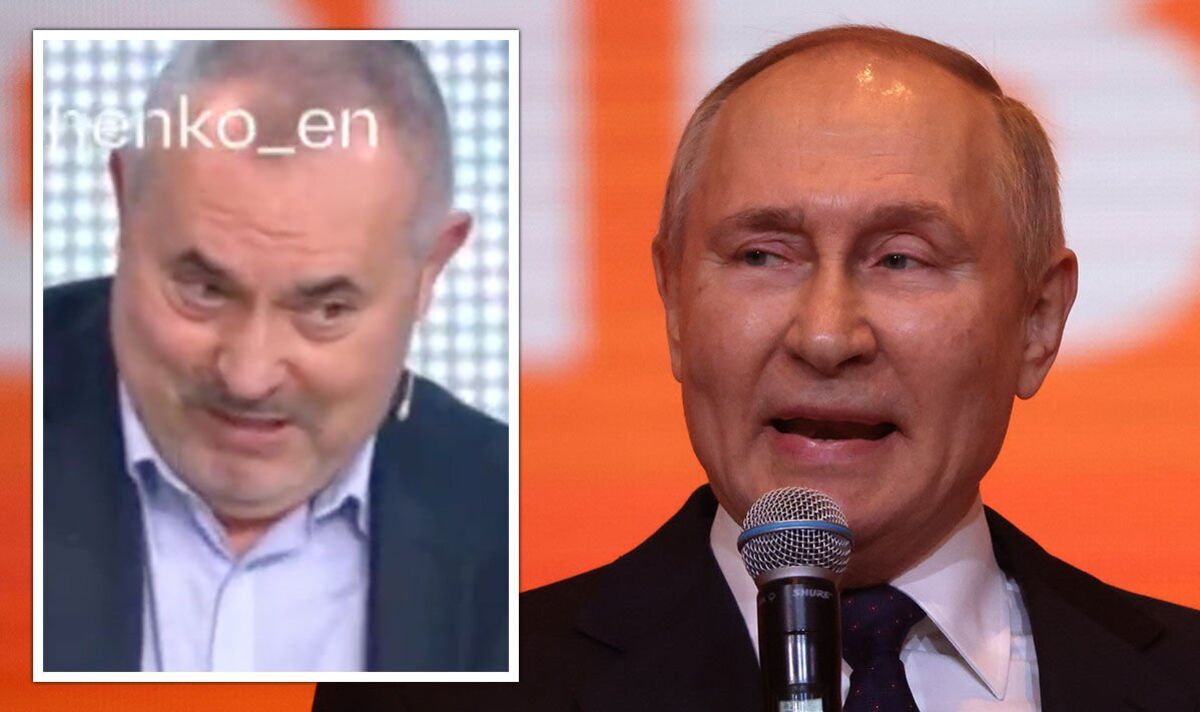 Anti-war and opposition politician Boris Nadezhdin admitted the likelihood of Russia‘s collapse is increasing by the day in a strong rebuke to Vladimir Putin‘s war strategy. Nadezhdin, who has repeatedly criticised Russia’s faltering military tactics, rebutted Putin’s justifications to launch the “special military operation”. In a dire warning to the Kremlin, he added their war propaganda and ideology will ultimately backfire on Russia.

Nadezhdin told Russian state TV: “Unfortunately, the risks of the dissolution of the Russian Federation have increased rapidly with the start of this special military operation.”

“The first is that the very ideological justification that there are Russians in Ukraine, that they are one people and therefore there should be Russia as a state.

“This very justification undermines the foundation of the statehood of the Russian Federation. Because then, it is clear why Tatars, Chechens, etc live in Russia.”

Nadezhdin continued: “If Russia is everywhere where Russians are, that’s one story.”

A Putin propagandist called him out for acting as a “provovateur”, adding this is an “anti-state position”.

Nadezhdin argued his anti-Kremlin stance was not a provocation, saying: “States do not collapse because some groups gather and state something … States collapse because of catastrophic mistakes of their own leadership.

He insisted: “That’s the real reason they collapse.

“And when these catastrophic mistakes accumulate into a critical mass of irritation, then even marginal groups, at first, can suddenly become very important.”

In the hours before launching the war, Putin sought to justify the conflict in Ukraine in a televised address, blaming NATO’s eastward expansion and making false claims that Ukraine is a “neo-Nazi” state.

He has since leveraged the same arguments, making the case to “defend the motherland” in a Victory Day speech where he repeated his accusation that NATO was creating threats right next to its borders and claimed that the invasion of Ukraine was a necessary preemptive action.

Ten months into the war, Putin now claims he is “open to negotiations” on Ukraine but the West must accept Moscow’s demands.

After talks with French President Emmanuel Macron, US President Joe Biden appeared to hold out an olive branch to Moscow while stressing he has seen no signs of any change in Putin’s stance.

But Kremlin’s spokesperson Dmitry Peskov said the US’s refusal to recognise the four Ukrainian annexed provinces as Russian was hindering the peace process.