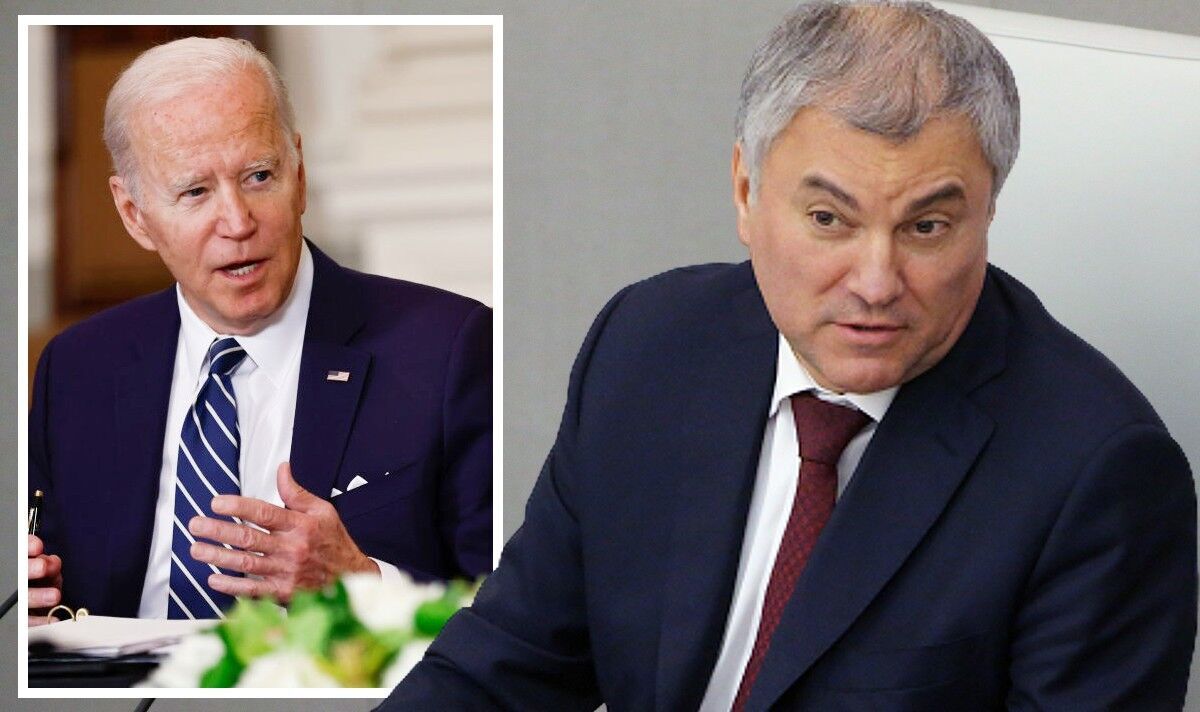 With the conflict now largely focused on eastern Ukraine in a bid to capture the Donbas region and create a land bridge between Russia and the Crimean peninsula, western nations, including the US have invested heavily in supplying Ukraine with arms. US President Joe Biden has so far pledged billions of dollars in arms and aid to Ukraine and is now seeking a further £27bn ($33bn) from Congress to assist Kyiv in the defence against Russian aggression.

Yet for the Russian lawmaker, the support being given by the US is more than just financial and military hardware aid.

Writing on his Telegram channel, Vyacheslav Volodin, Chairman of the state of Duma said: “Washington is essentially coordinating and developing military operations, thereby directly participating in military actions against our country.”

However, both the United States and its allies have so far refused to become directly involved in the war.

NATO, essentially led by the US, has refused to impose a no-fly zone over Ukraine through fears of the act leading to direct engagement with Russia, leading to potentially wider consequences.

Furthermore, in spite of NATO having built up huge defences on the eastern borders of Europe with Russia and Ukraine, no troops or equipment from the alliance have engaged in any form of warfare.

In spite of the tension, both sides have been prudent in maintaining a respectable distance, with the Russian ambassador to Washington saying there will be “no winners” should the war turn nuclear.

Mr Biden’s proposal of $33bn, should it be approved by Congress will go a long way in assisting Ukraine with its defence and restructuring.

The sum is set to include $20bn in military aid, $8.5bn in economic aid, and a further $3bn in humanitarian aid.

So far, nearly 6 million Ukrainians have fled the country, with a further 7.7 million displaced from their towns and homes.

READ MORE:
Putin could ‘broaden enemy’ to NATO and US in 9 May victory speech

Mr Volodin said foreign advisers had been working in Ukraine since what he called the “coup d’etat”, in an apparent reference to President Volodymyr Zelenskiy’s democratic election in 2019.

Many believe that aside from securing the eastern part of Ukraine, the Kremlin wish to impose a pro-Russian government in Ukraine and displace the incumbent Volodymyr Zelensky.

The Ukrainian President has received global commendation for his spirited resistance since the war began, overcoming numerous threats to his life, and vowing to fight to the end.

Should the US, NATO and allies become directly involved with the war to end Russian aggression? Let us know what you think by CLICKING HERE and joining the conversation in our comments section below – Every Voice Matters!

During the early stages of the conflict, reports suggested as many as 400 mercenary assassins were tasked with finding and neutralising Mr Zelensky, a task all of them appear to so far have failed.

Hopes of a diplomatic conclusion to the conflict appear thin as multiple attempts by French President Emmanuel Macron to broker peace has failed.

The conflict continues and remains focused around the besieged city of Mariupol in which civilians hiding from Russian advances have been allowed to leave a steelwork where they were sheltering.