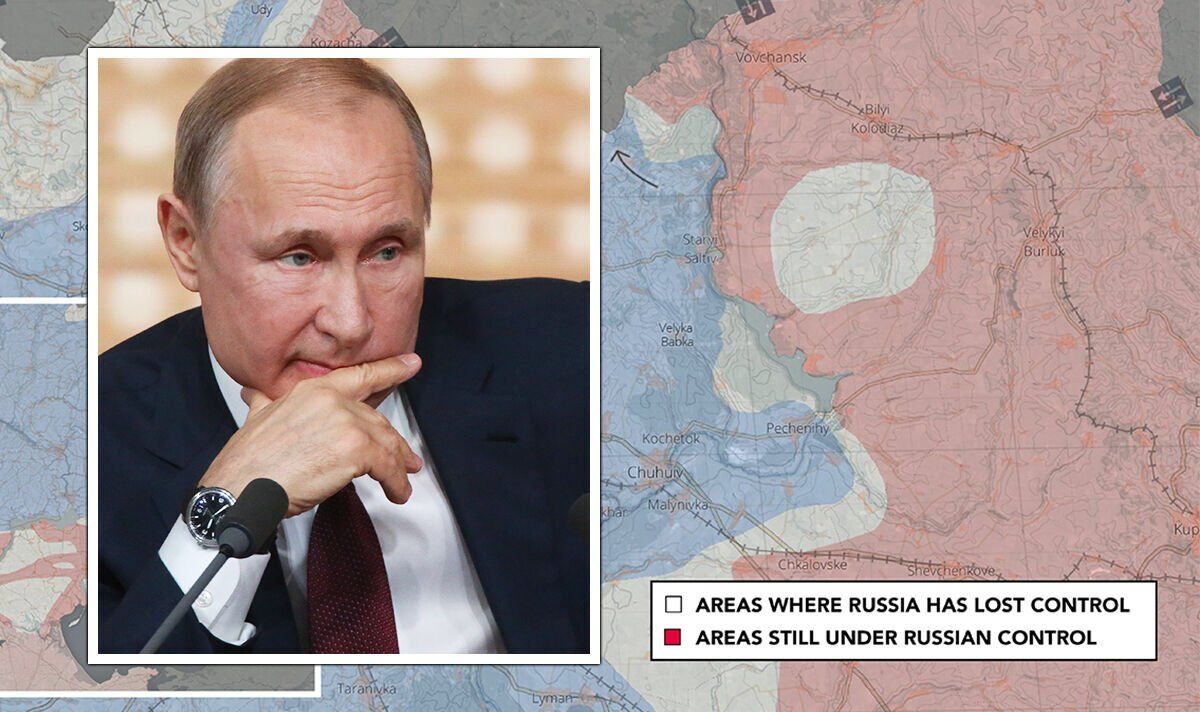 Putin‘s bloody military campaign in Ukraine has lasted nearly four months, leaving thousands of military and civilian casualties. The invasion has failed to overwhelm Ukraine’s leadership, with President Volodymyr Zelensky firmly in power and fighting back. While Russia‘s military capabilities should have outmatched and overwhelmed the country, recent maps show Putin’s forces have forfeited vast tracts of land.

Russian soldiers launched the first attacks on Ukrainian territory in February, initially aiming to cement its hold on separatist-controlled regions in the Donbas.

Early strikes nearly accomplished this, as some battle groups closed in on tactically significant metropoles such as Mariupol and Kharkiv.

Ukrainian troops have stopped them in their tracks, the latest intelligence shows, as local defenders have extracted their gains.

The Australian Strategic Policy Institute (ASPI) posted the latest territory estimates on May 10.

The charts show Ukrainian troops have continued to extract Russian influence from Kharkiv.

The Ukrainian General Staff revealed they had taken some pressure off the country’s second-largest city, which has sustained near-constant attacks since the invasion commenced in February.

British intelligence confirmed the momentum, stating that Russian military prioritisation had left some of its troops vulnerable.

The Ministry of Defence said the Putin regime’s decision to prioritise the Donbas had left “elements deployed in the Kharkiv Oblast vulnerable to the mobile, and highly motivated, Ukrainian counter-attacking force”.

The withdrawal to Kharkiv Oblast amounted to a “tacit recognition” that Russia could not capture Ukrainian cities where it expected “limited resistance from the population”.

The Institute of War, a US-based think tank, revealed a source had told them local soldiers had advanced to within six miles of Russia’s border.

Additional data released via Open-Source Intelligence (OSINT) on May 8 shows Russia is losing a significant percentage of its committed forces in Ukraine compared to the country’s local defenders.

The percentage of Russian committed soldiers vs Ukraine’s total soldiers lost in the conflict is estimated as follows:

While Russia’s threat is receding, the country can still capture Ukrainian territory.

Troops have advanced into one town, Velkya Komyshuvakha, several miles outside of Kharkiv to the southeast.

Russian aircraft have also continued to pummel the region with missiles, with many landing around Sumy, according to the Ukrainian border guard.

Oleh Synehubov, the regional governor, announced officials had recovered the bodies of 44 civilians killed in the raids.