Skip to content
HomeWorldRussia is crimping gas flows just as Europe is racing to stock up for winter. 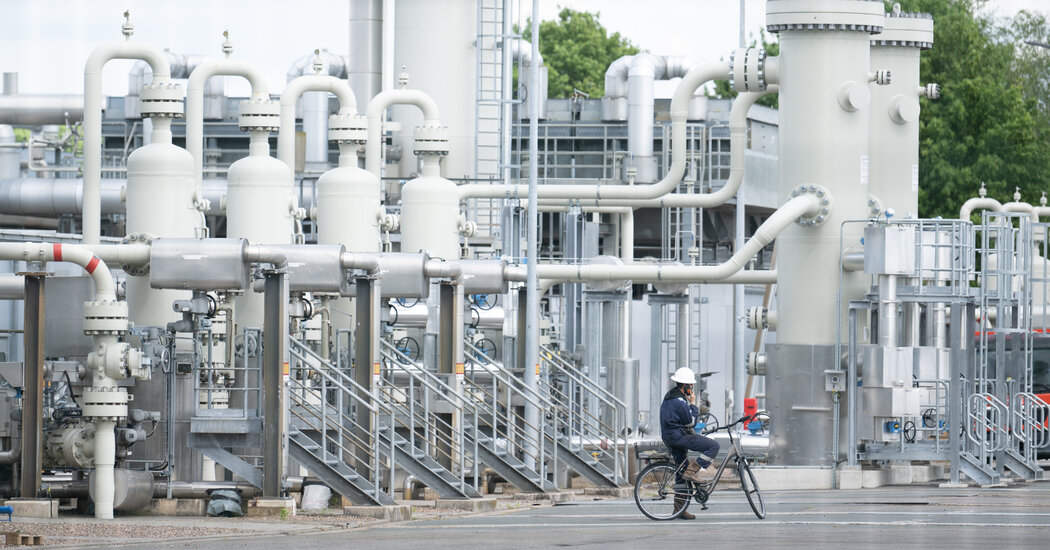 Germany’s largest storage chamber for natural gas stretches underneath a swath of farmland the size of nine soccer fields in the western part of the country. The bucolic area has become a kind of battlefield in Europe’s effort to defend itself against a looming gas crisis driven by Russia.

Since last month, the German government has been rapidly pumping fuel into the vast underground site in Rehden, hoping to fill it in time for the winter, when demand for gas surges to heat homes and businesses.

The scene is being repeated at storage facilities across the continent, in a jousting over energy between Europe and Russia that has been escalating since Moscow’s invasion of Ukraine in February.

In the latest sign that Moscow appears intent on punishing Europe for sanctions and military support for Ukraine, Gazprom, the Russian state-controlled energy giant, last week cut by 60 percent the amount of gas it delivers via Nord Stream 1, a critical pipeline serving Germany and other countries. It is not clear if the throttling is a precursor to a complete cutoff.

The move has added urgency to efforts in Germany, in Italy and elsewhere to build up inventories of gas in a crucial effort to moderate stratospheric prices, reduce Moscow’s political leverage and head off the possibility of shortages this winter. Gazprom’s actions have also forced many countries to loosen their restrictions on power plants burning coal, a major source of greenhouse gases.