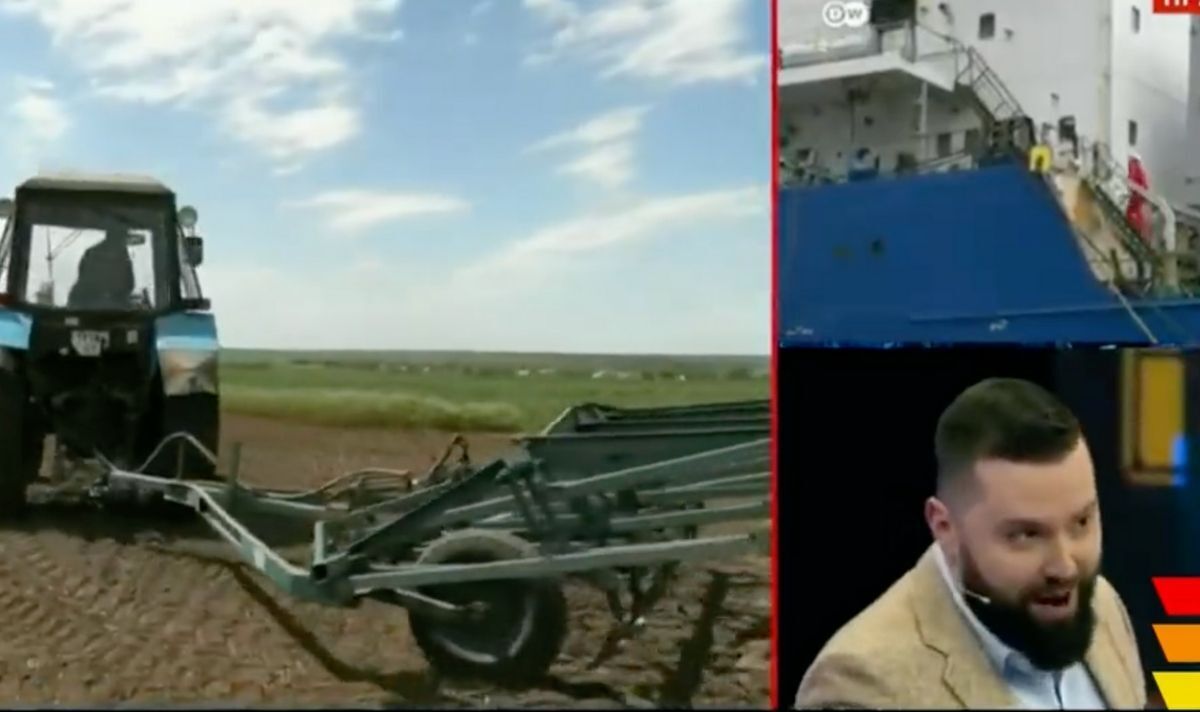 Russian anchorman Egorchenkov used Russia state-controlled TV in an apparent bid to secure global allies as he threatened only countries behaving well towards Moscow will in exchange have Russian support in a forecasted food crisis. Russia continues to block Ukraine’s main seaport, preventing the export of tonnes of grain and wheat. The World Food Programme has warned nearly 400 million people could see their resources depleted due to their dependency on Ukrainian grain.

Egorchenkov threatened: “Those who have normal relations with Russia, not even friendly but just normal, they won’t go hungry.”

He added: “A very serious market competition is behind all this.

“There is a huge fight over this market right now.

“That there will be global hunger”.

UK Transport Secretary Grant Shapps warned grain and food shortages due to Russian troops blocking Ukraine’s main ports and preventing the exports of millions of tonnes of grain could cause more deaths than the war itself.

He warned: “It’s absolutely essential that we [find a solution], otherwise there could be a lot of hunger and indeed even famine”.

“Russia must permit the safe and secure export of grain stored in Ukrainian ports”.

Joe Biden has also warned Russia is only worsening food shortages with its ongoing blockade.

He said: “As long as Russia continues the war, the United States will work with our partners to help lead a global response, because it can affect all parts of the world.”

David Beasley from the World Food Programme said failure to reopen Ukrainian ports could be seen as a “declaration of war.:

He added: “The silos are full. Why are the silos full? Because the ports are not operating…

“It is absolutely essential that we allow these ports to open, because this is not just about Ukraine, this is about the poorest of the poor around the world, who are on the brink of starvation as we speak.”