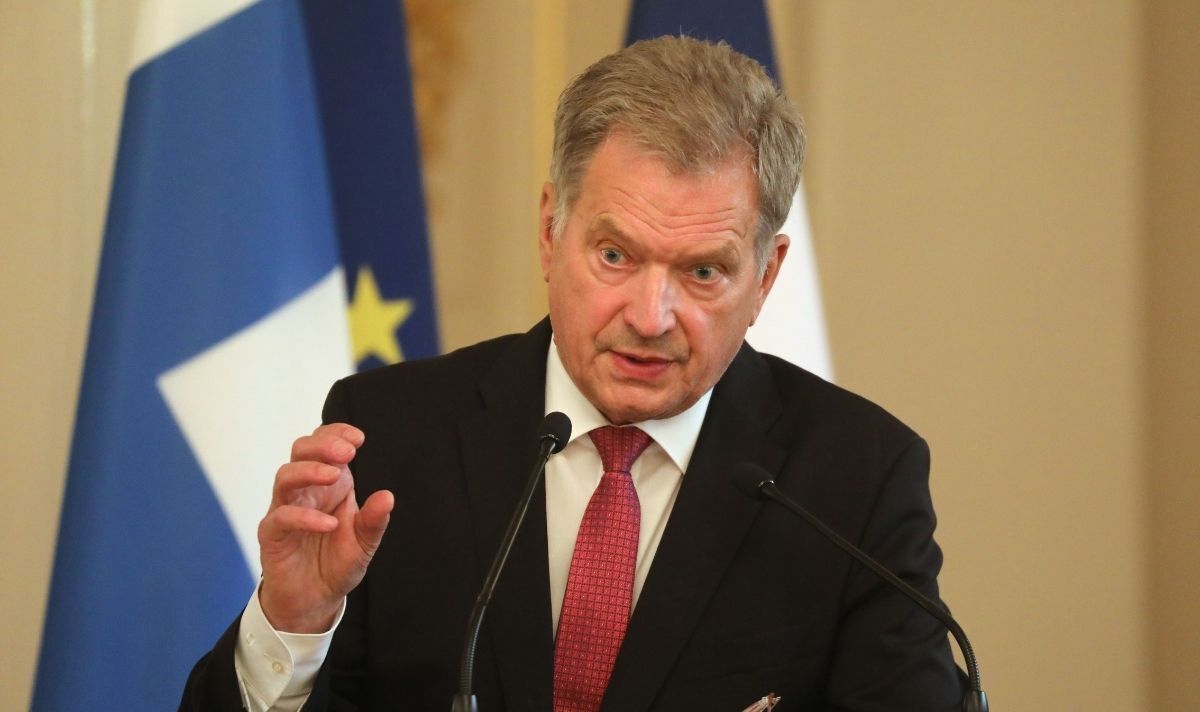 Finnish President Sauli Niinisto yesterday said Finland must apply to join NATO “without delay” and “as a matter of urgency” in the wake of Russia’s invasion of Ukraine. In light of the claims, former Finnish Foreign Minister Erkki Tuomioja reacted to the Finnish President’s call but warned that a NATO membership for Finland will trigger an increase in Russian “military defence on the border”. Despite excluding a Russian military attack, Mr Tuomioja said Finland could face a “cyber hybrid” offensive from Russia but added the country “is prepared for that as well”.

Mr Tuomioja said: “If we are to be part of NATO, they will see us potential enemies and they will correspondingly increase their military presence on that border.

“But I think and I hope that’s it.

“We do not expect a Russian attack.

“But there might be cyber hybrid events which could affect Finland, but we are prepared for that as well.

“60 percent of Finns have been against joining NATO for the past 30 years.

“It has been a very stable public opinion.

“And also we have had a stable and pragmatic relationship with Russia.

“We had no real problems on the border.

“And from the Russian point of view, Finnish border has also been very calm.

“They have had difficulties in all other directions, mostly created by themselves.

In the wake of Russia’s invasion of Ukraine and Finland’s territorial proximity to the Russian border, Finnish President Saudi Niinisto claimed that Finland must apply to NATO “without delay”.

In a joint statement with Sweden Prime Minister Sanna Marin, he said: “We hope that the national steps still needed to make this decision will be taken rapidly within the next few days”.

He also added: “[Russia] would be forced to take reciprocal steps to address the resulting threats to its national security”.