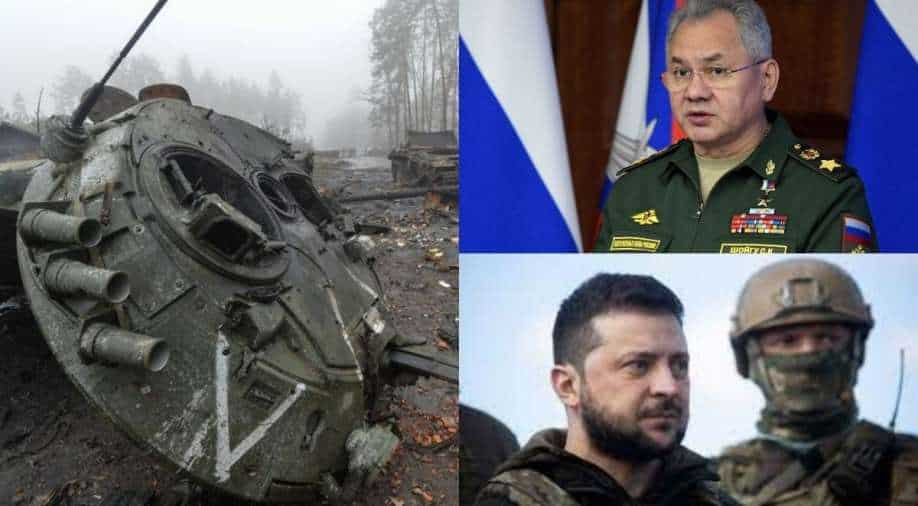 To allow civilians to evacuate, Russia is slowing its offensive deliberately in Ukraine, said Defence Minister Sergei Shoigu on Tuesday, as per media reports. But the claim seems to have been mocked by Ukrainian President Volodymyr Zelensky, who called it pathetic lies to hide disastrous campaign. Russia is not “chasing deadlines” in Ukraine war, said a top security official.

In Mariupol, around 200 bodies have also been found in the basement of an apartment building, Ukrainian authorities said on Tuesday. The bodies were unearthed by workers, who were digging through the rubble.

Also Read: Will Russia-Ukraine war come to an end?

In televised remarks aired on the 90th day of the war, Shoigu said, “Ceasefires are being declared and humanitarian corridors are being created in order to get people out of surrounded settlements. Of course, this slows down the pace of the offensive, but this is done deliberately to avoid casualties among the civilian population.”

The Russian leader made the announcement in front of the defence ministers of the Collective Security Treaty Organisation (CSTO). It is a military alliance between Russia and five other ex-Soviet republics.

Watch: Families in Mariupol left in disbelief and grief

The statement was dismissed by Zelensky as “absolutely unreal”. “They are trying to cover the losses with lies about how they are supposedly not fighting at full strength. How pathetic – and the time will come when they will recognise this themselves,” Zelensky said in an address.

All of President Vladimir Putin’s goals would be met in Ukraine, said Nikolai Patrushev, secretary, Putin’s Security Council. “Nazism must be 100% eradicated, or it will raise its head again in a few years, in an even uglier form,” Patrushev said.