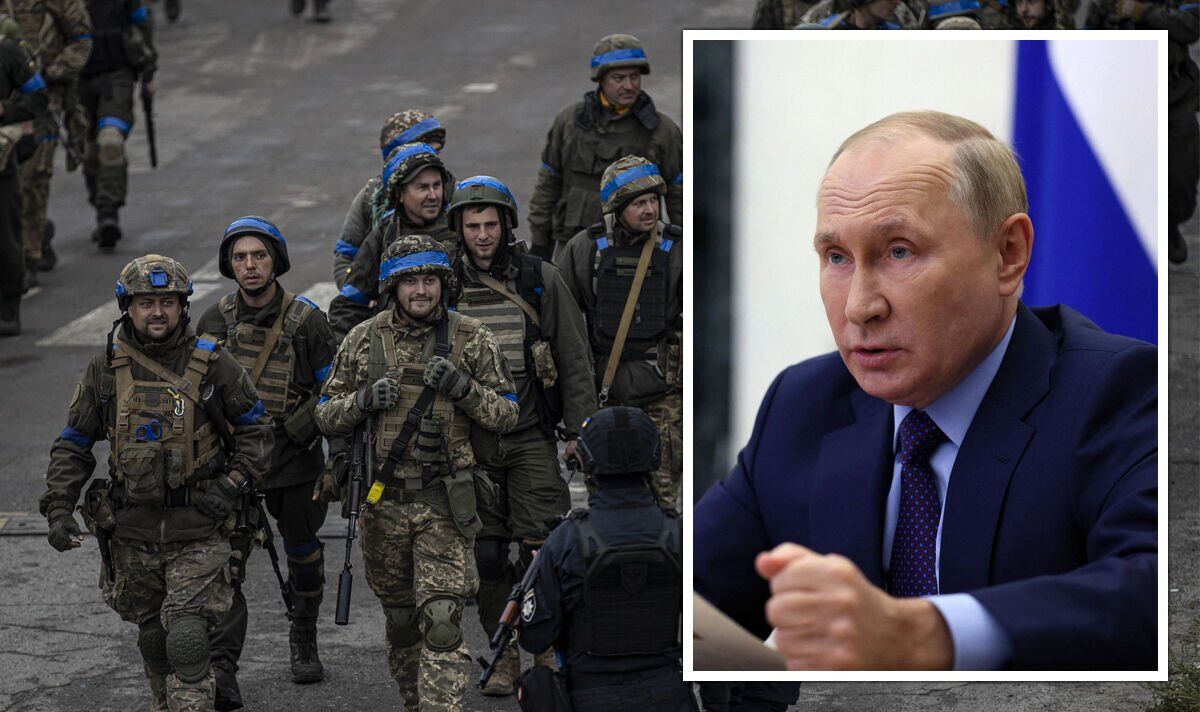 Russia has been forced to cancel dispatches of personnel to fight its cruel war in Ukraine after waves of troops refused to fight, according to officials in Ukraine.

Vladimir Putin’s imperialist aims are not shared by many of his soldiers, it would appear, as new intelligence from the Ukrainian Ministry of Defence claims many of them are refusing to fight. It comes amid Ukraine’s major counteroffensive against Russia, with many analysts suggesting they may have reached a turning point in the war.

Ukraine’s Ministry of Defence reported: “In units and formations located on the territory of the Russian Federation, planned dispatches of personnel to Ukraine are cancelled.

“The reason is a mass refusal to participate in hostilities.”

The report said that soldiers from “five separate tank brigades of the 36th army” have been “dismissed from service without taking into account any benefits”, such as how many years of service they have given. It added: “Personnel of the brigade, who are in Ukraine, are given vacations only due to family circumstances (death of close relatives).”

Ukraine’s Ministry of Defence also pointed to a “catastrophic shortage of personnel” for those units who are participating. One way by which Russia is trying to fix this, they report, is by “significantly” reducing how much time soldiers are given to rehabilitate following injuries.

The ministry claims Russian doctors are purposefully simplifying their diagnoses of the wounded and are not performing previously planned operations in order to return them to the war in Ukraine.

Doctors, they add, are “recommended” to give permission for planned surgical interventions only after the war has ended, or if the commander of the wounded gives their direct permission. The ministry provides an example in which a serviceman was discharged from the hospital within three days of coming in with a ruptured eardrum and a contusion.

The official diagnosis was “otitis”, an infection which causes inflammation and a build-up of fluid behind the eardrum. Otitis usually gets better in a few days – but a ruptured eardrum, which is what the serviceman actually had, can take up to a few weeks to heal.

It was recommended that he avoided “catching a cold in the ear” and surgical intervention was refused. The claims come after an intercepted phone call from a Russian tank serviceman to his wife revealed that he had lost all faith in his commander.

The serviceman said that all the troops wanted his commander gone, adding that his superior would neglect to report the deaths of troops to the Kremlin and lacked adequate experience. Ukraine has been launching a powerful counteroffensive in the southeast of the country, with much of the fighting centering around the strategically significant city of Kherson.

Russia is trying to back up the garrison in occupied Kherson with four battalions of paramilitary troops known as “Kadyrivets”, from Chechnya. Ukrainian intelligence claims the new troops are “not Chechens, but mercenaries from the poorest regions of the Russian Federation”.

Russian forces in the area have suffered heavy losses and have no supply of food or ammunition. Russia has admitted retreating from the Kharkiv region, framing it as a decision “in order to achieve the stated goals of the special military operation to liberate Donbas” – a claim which the Institute for the Study of War claims is false, stating it “bears no relation to the situation on the ground”.

The earlier retreats from Kyiv and, later, from Snake Island were both framed as part of Putin’s overall plan, with the former labelled an effort to focus on the Donbas and the later described as a “gesture of goodwill”. Despite their admittance of defeat in Kharkiv, the Kremlin’s propaganda machine remains hard at work to try and absolve Putin of any blame, instead placing the responsibility on military officials who they say led him astray.

There seems to be increasing demands from Russian officials, such as the leader of the Russian Communist Party Gennady Zyuganov, to formally recognise the invasion as a war. So far, the Kremlin has continued to push the false line that the invasion of Ukraine is simply a “special military operation”.

These latest setbacks may push Putin to finally name the invasion for what it is – a war – which would also enable him to mobilise the rest of Russia’s military might against Ukraine.