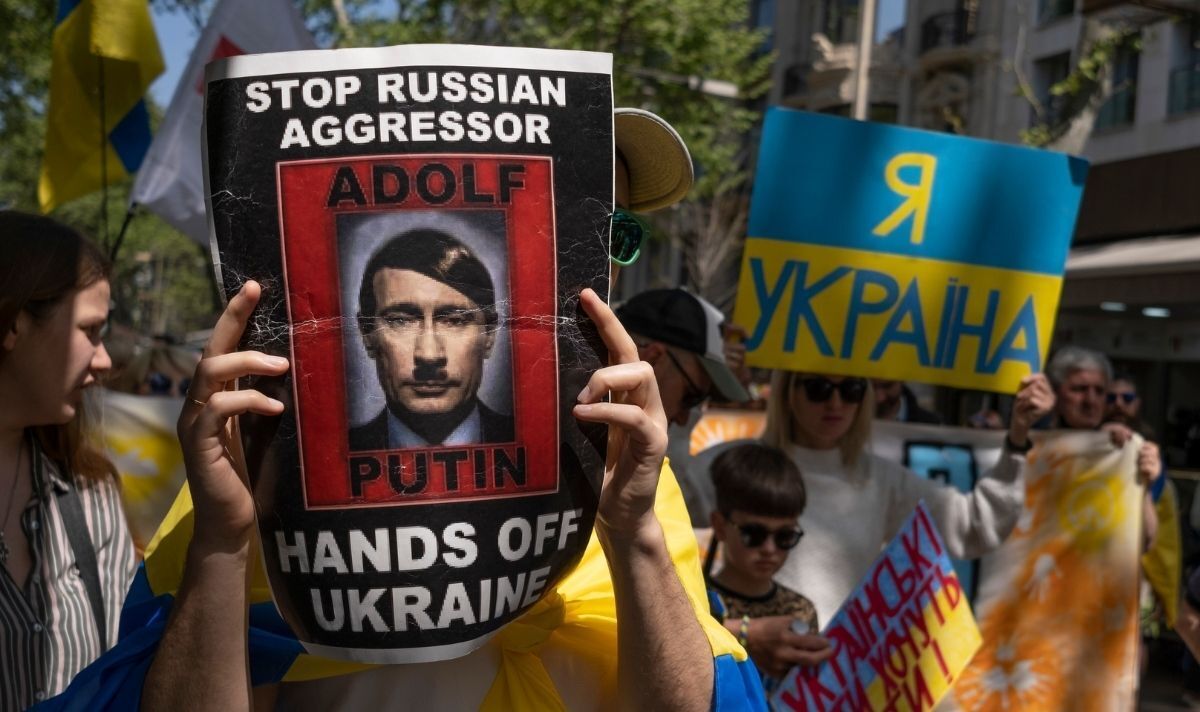 Putin’s invasion the atrocities committed during the devastating war since February have sparked global outrage. In protests around the world, the Russian leader has been compared to Adolf Hitler and thousands of alleged war crimes are being investigated are likened to the horrors of Nazi Germany.

Politician Jürgen Trittin, a member of the German Bundestag, said in an interview the Russian army resembles the Wehrmacht, Hitler’s unified armed forces.

His dad held the position of SS-Obersturmführer in Russia during World War Two and was in Soviet captivity until the early 1950s – then distanced himself from his Nazi past.

Jürgen Trittin told compared Russia’s actions in the Ukraine war with the German invasion of the Soviet Union.

He told Christ and Welt, a supplement magazine of the newspaper Die Zeit: “Now we are witnessing the return of the imperial war of conquest”.

Mr Trittin spoke of parallels between the Russian actions in Ukraine and the atrocities committed by the SS and the Wehrmacht following the German invasion of the Soviet Union.

He said: “In many places, it resembles the war of extermination waged by the SS and Wehrmacht against the Soviet Union.”

For the politician, after “80 years, of all things, between two countries that fell victim to my father’s generation”.

Speaking about the Nazi past of his family and the experiences of his father, he said: “Of course, I am very concerned about that today.”

He added: “My father was not a simple prisoner of war, but a convicted criminal because he was a member of the SS.

“He told us that unbelievable crimes had been committed there.”

But he also knew from his mother that his father had been a witness against other perpetrators, Trittin continued.

“My father stood by his criminal past.”

After the war, he said, his father never said a bad word about the Soviet Union, and even spoke Russian.

His father had told him that such crimes should never be repeated.

He took his children to Bergen-Belsen, “where 45,000 Soviet prisoners of war died a miserable death,” Trittin continued.

“This has driven me politically all my life,” he emphasised.