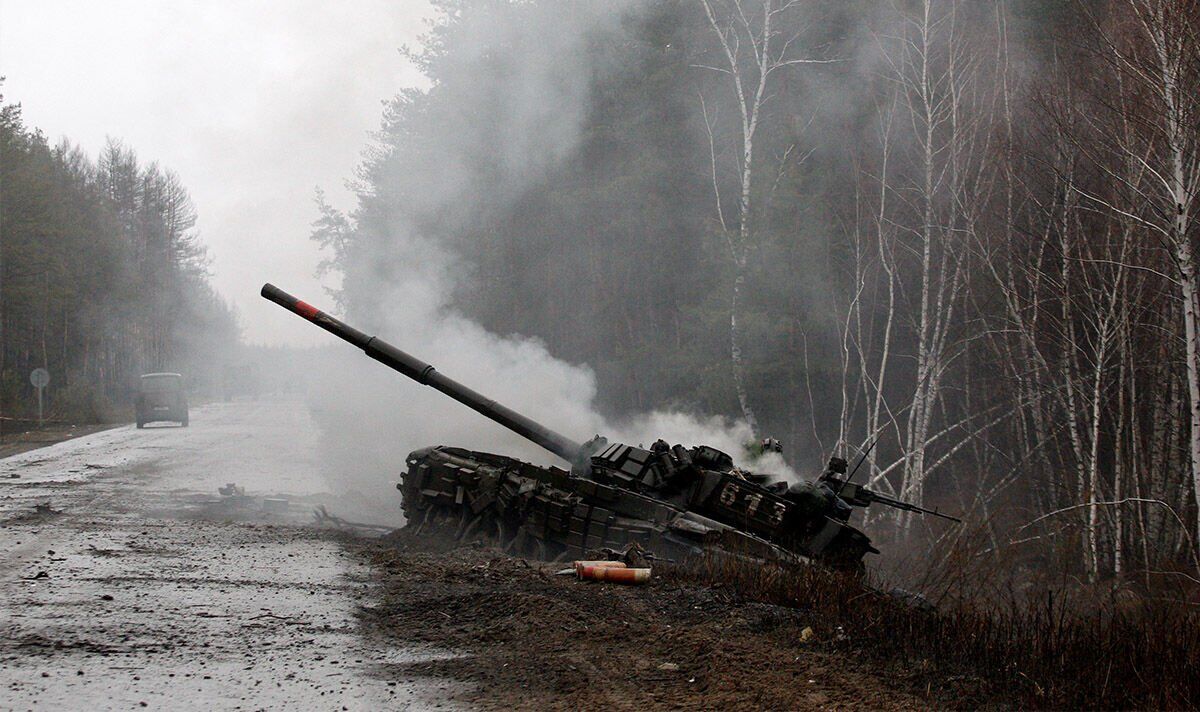 The Russian army is concentrating its resources on the east of Ukraine as Moscow looks to get its invasion back on track. Having tried and failed to take the capital Kyiv, the Donbas region is now at the centre of fighting. But the Russians have been “mowed” down while trying to cross a bridge in the region, according to an expert.

Samantha de Bendern, associate fellow of the Russia and Eurasia programme at Chatham House, told Times Radio: “Russia’s strategy seems to be, on the one hand, shrinking. The first weeks of the war they were scattered all over Ukraine and seemingly making a dash for Kyiv.

“Now they have been concentrating on the Donbas. Militarily, they seem to be focused on the three towns in the Donbas.

“Severodonetsk is the most easterly of these towns and is still under Ukrainian control, and it’s getting a really horrendous pounding at the moment.

“The Russians have been slowed down by their many failed attempts to cross a river in the area. They have been throwing troops at the river, but have just been mowed down by the Ukrainians.

“It reminds me of these first images we have of the first world war when you had these trench commanders telling their men to run over the top of the trenches and just get mowed down as soon as they arrive.”

Russia’s military has suffered significant losses in Ukraine, according to the Ministry of Defence in the UK.

Last month, the UK Government claimed that Russia has lost 15,000 troops since the beginning of the war.

In a statement to MPs, Mr Wallace said: “It is our assessment that approximately 15,000 Russian personnel have been killed during their offensive.

“Alongside the death toll are the equipment losses and in total a number of sources suggest that to date over 2,000 armoured vehicles have been destroyed or captured.

“Russia has also lost over 60 helicopters and fighter jets.

“The offensive that was supposed to take a maximum of a week has now taken weeks.”

Emmanuel Macron and Olaf Scholz spoke to Mr Putin by phone for 80 minutes.

The pair “insisted on an immediate ceasefire and a withdrawal of Russian troops”, the chancellor’s office said.

Russia’s leader said Moscow was open to resuming dialogue with Kyiv, according to the Kremlin.

It did not mention the possibility of direct talks between Mr Putin and Mr Zelensky.

Putin warned Mr Macron and Mr Scholz that western weapons deliveries to Ukraine were “dangerous” and risked “further destabilisation of the situation”, according to a Kremlin readout.