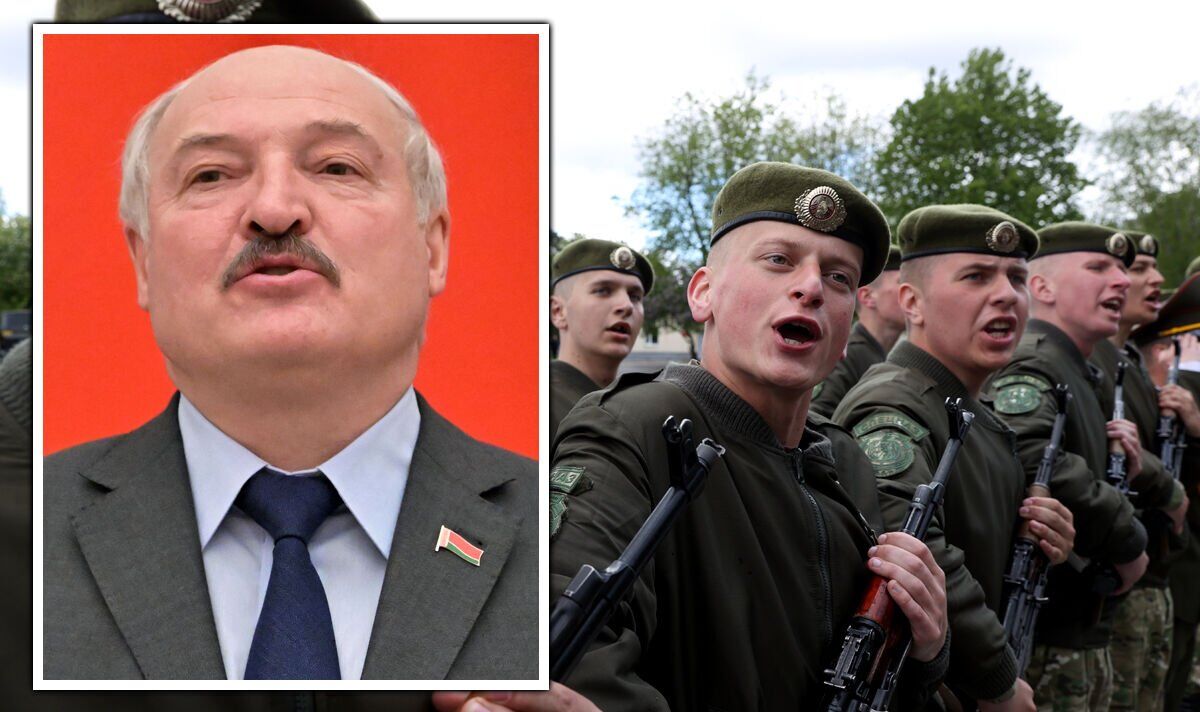 Belarus will conduct military mobilisation exercises in June and July in the Gomel region along the border with Ukraine, sparking fears of a second invasion. While Belarus is not currently active in Russia’s bloody “special operation”, the government did allow its territory to be used as a launchpad for Vladimir Putin to send thousands of troops across the border to invade on February 24, and in the weeks that followed. Western intelligence has warned Russia could be envisaging a renewed push from the north and is using the cover of military drills to mobilise.

The city of Chernihiv, 70km from the Belarus border, was besieged by Russian troops for a month at the start of the war and has seen new artillery attacks in recent days.

Mark Voyger, from the Transatlantic Defence and Security Program at the Center for European Analysis, told Express.co.uk: “These drills will cause serious concern because, unfortunately, Russia and its allies have consistently been using military drills as a mask to cover their aggressive actions.”

Russia has repeatedly used the guise of military drills to attack Ukraine.

In February 2014, Putin moved masses of troops to the border, claiming it was only being used to protect the Olympic games – which were being held in Sochi at the time.

Moscow told NATO they would be holding a series of “exercises” east of the Ukrainian border and from the Black Sea to keep the sporting event safe but Putin’s malevolent intentions were soon exposed when he launched a real attack on the east and occupied Crimea.

In 2021, the Kremlin used the same playbook to amass more than 150,000 soldiers on the Ukrainian border, claiming to be staging military drills before their full frontal attack began February 24.

The former US-Army adviser continued: “The concern is that Putin has been trying to put pressure on Lukashenko and force him to take a more aggressive stance to launch more aggressive actions out of Belarus, involving Belarusian troops.

“So far, we’ve seen the Russian troops enter Belarus and then in February they attacked Ukraine from the North.

“But in this case, Russia is suffering from shortages of soldiers so any additional troops would add greatly to their potential, especially if they can strike again from the North, potentially using Belarusian troops.”

The Gomel region of Belarus borders Ukraine – including the site of the Chernobyl nuclear reactor disaster. To the east, it borders Russia. Russia’s border is 29 miles east of the city of Gomel – and Ukraine’s border is 26 miles south of the city.

The military exercises are scheduled to take place in June and July.

Mr Krivonosov said: “Events of this kind are traditionally held to increase the combat and mobilization readiness of military commissariats, and improve military knowledge and practical skills of those liable for military service.”

On June 28 to July 16, military training will take place with those liable for military service for territorial defence formations.

Meanwhile, Belarus’s embattled President has ordered the creation of a new military command unit for the south of the country.

British intelligence revealed that the Russians are being forced to use out of date weapons after running out of high-tech missiles.

“When employed in a ground attack role with a conventional warhead they are highly inaccurate and can therefore cause significant collateral damage and civilian casualties.

“Russia is likely resorting to such inefficient weapon systems because it is running short of more precise modern missiles, while Ukrainian air defences still deter its tactical aircraft from conducting strikes across much of the country.”

Russia has not said whether it will take part in the Belarusian exercises.