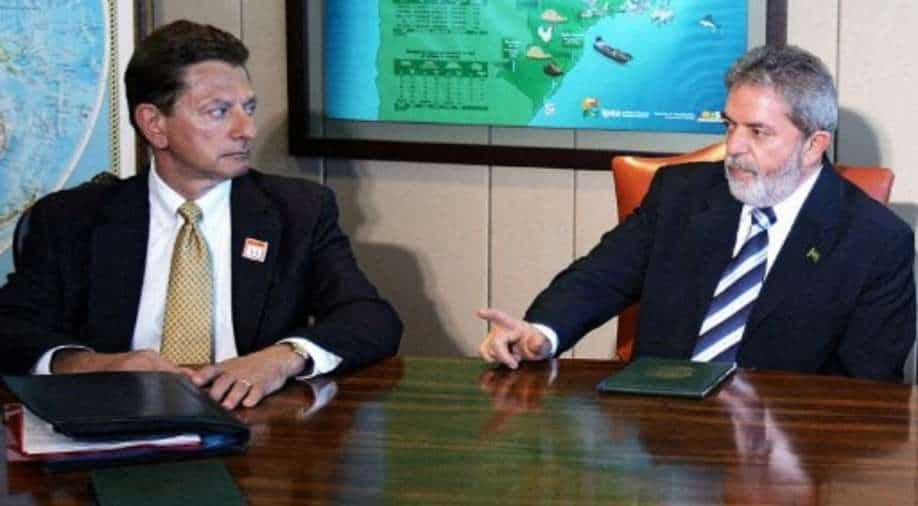 Sociologist Da Silva and Lula, Brazil’s president from 2003 to 2010, were due to be married in a ceremony on Wednesday evening, the details of which were kept top-secret.

Pictures of the couple kissing and cuddling regularly go viral on social media but Da Silva will be brought into new limelight if veteran socialist Lula returns to the presidency in elections later this year and makes her Brazil’s first lady.

“I’m in love as if I were 20 years old, as if it were my first girlfriend,” said Lula, 76, about his 55-year-old partner, nicknamed “Janja,” who is credited with giving the political icon a new lease on life.

Lula was left distraught when his wife of more than 30 years, with whom he had four children, Marisa Leticia, died in 2017.

He had also lost his first wife, Maria de Lourdes, to hepatitis, in 1971.

“When you lose your wife, you think, well, my life has no more meaning. Then suddenly this person appears who makes you feel like you want to live again,” Lula said in a recent interview with Time magazine.

“We will get married calmly and I will have a happy campaign,” said the former metal worker and trade unionist who is set for a fiery election battle against far-right incumbent Jair Bolsonaro in October.

Born in Sao Paulo, Da Silva has a degree in sociology from Parana University in the southern city of Curitiba, where Lula was jailed between April 2018 and November 2019 on controversial corruption charges.

She joined the Workers’ Party (PT) in 1983, two years after it was co-founded by Lula. She then worked for almost 20 years in the state energy company Itaipu Binacional.

Brazilian media say the couple have known each other for decades but Lula’s press service insists their amorous relationship began only at the end of 2017, during an event with left-wing artists.

The relationship was only made public in May 2019, more than a year after Lula was incarcerated.

“Lula is in love and the first thing he will want to do when he leaves prison is get married,” one of his lawyers said following a prison visit.

Even so, it has taken him two and a half years since his liberation to tie the knot, at a private ceremony for 200 guests in Sao Paulo that is shrouded in secrecy.

During Lula’s incarceration, Da Silva would often tweet about the pain of their forced separation.

“All I want is to be able to wrap my arms around you and cuddle you forever,” she wrote on the day Lula turned 74.

In November 2019, just after his liberation, they shared a kiss in front of masses of supporters outside the prison in Curitiba that had been his home for 18 months.

“I want to introduce you to someone I have already spoken about but whom some of you don’t know: my future spouse,” said an emotional Lula.

Since Lula’s corruption conviction was annulled by the Supreme Court and he was again eligible to stand for election, Da Silva has accompanied him on his many trips, including to Mexico and Europe.

Lula has suggested that, as a first lady, Da Silva could play a role in food security programs, in a country where the Covid-19 pandemic has led to increased hunger.

Although highly active on social media for the Lula campaign, Da Silva is very discreet when it comes to her personal life, of which little is known.

According to Veja magazine, she was married for more than 10 years before her relationship with Lula, although she does not have any children.

Da Silva “is very politicised, she has a good political mind and is very feminist,” Lula said in September, during an interview with rapper Mano Brown’s podcast.