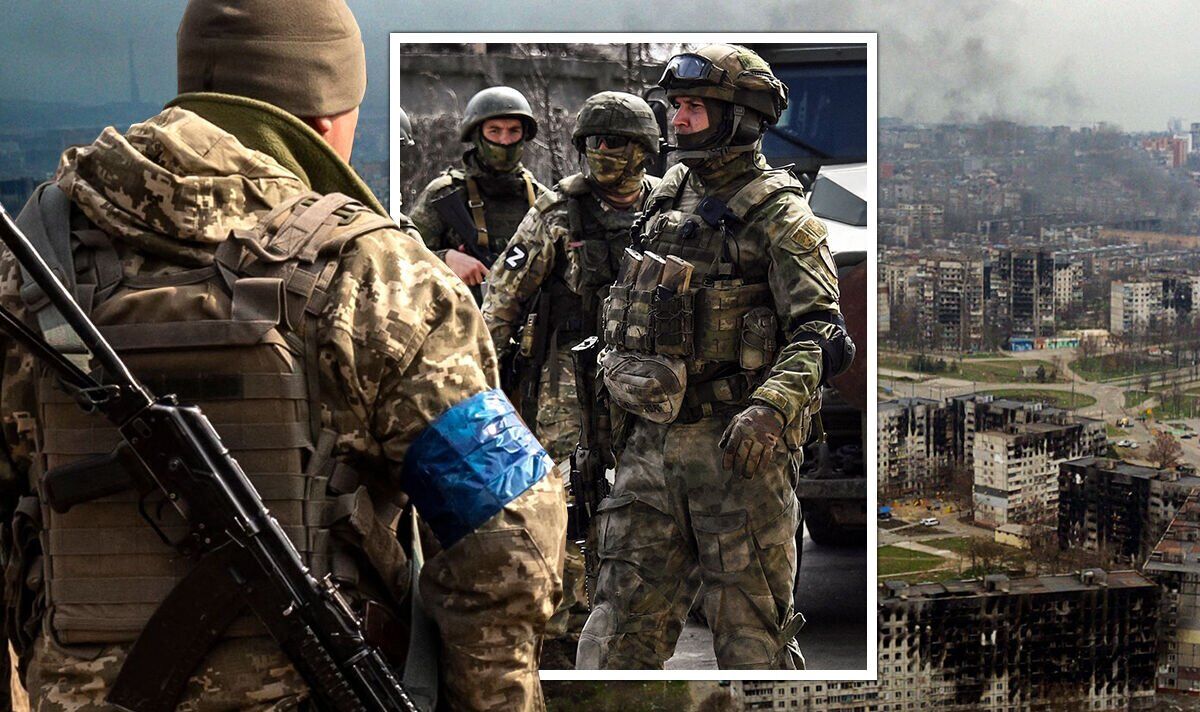 Kateryna Toshina is a combat medic in Ukraine and has worked closely with the last soldiers besieged by Russian forces in the city now under Russian control. Ms Toshina told Express.co.uk about the fighting her friends in the unit faced and how their Russian captors were treating them poorly.

Ms Toshina has been a combat medic since 2016 and was fighting in the Donetsk region before Russia’s full-scale invasion of Ukraine.

As well as being a combat medic she has used her drone, which she learned as a “hobby”, to help identify enemy positions and direct or correct artillery strikes.

She now volunteers behind the frontlines due to a non-combat related medical condition and helps procure medical supplies, cars, equipment and anything else frontline soldiers would require.

She says that most of the wounds they are seeing in Ukraine come from artillery strikes and are shrapnel wounds.

She said: “Mostly wounds appear because of the fragments of the shells because there is a lot of artillery…because of that we have fragments from the shells, not so many wounds from bullets.”

She added: “There are some, especially if we are talking about sniper rifle fire.”

She said one of her “warriors” survived such a sniper wound, but most “usually don’t”.

When asked about fighters besieged in Mariupol, Ms Toshina begins to tear up. She has know many of the men who fought there for years.

She said: “Mariupol is very, very important, it takes a huge place in my heart. I have a lot of acquaintances with doctors at the hospital.

“I have a lot of friends and I was worried a lot – especially when my friends at the [Azovstal steelworks] wouldn’t connect with me for more than five days.”

Another of her friends was killed on May 8 by Russian artillery while three more have been captured.

She says she hasn’t heard from them since June 18. She claims the Russian’s should let them call their friends and families as prisoners of war – but that they don’t allow them to.

She keeps a picture of four of her friends from the regiment. One was the man killed on May 8, the others are all held by Russian forces.

Kateryna Toshina was contacted with help from the Ukrainian Women Veteran Movement.