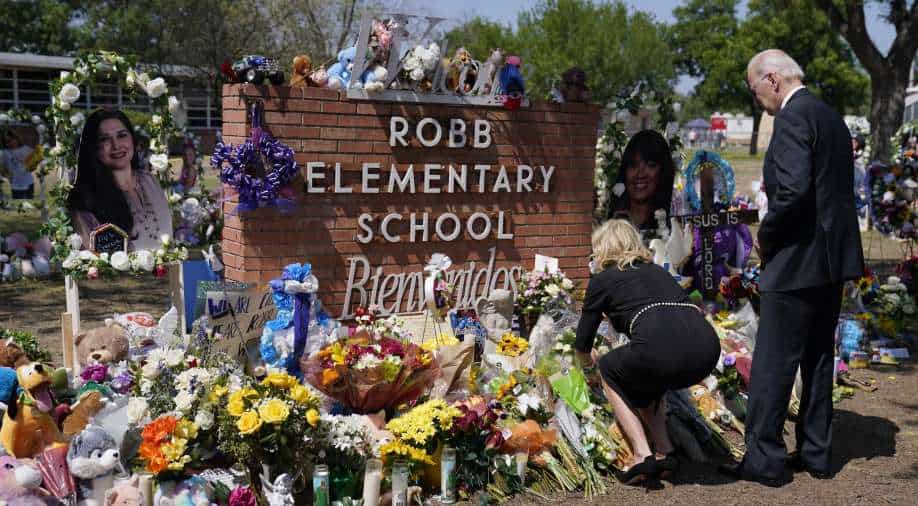 Amid row over investigations into the Uvalde school shooting, the city mayor said the elementary school building will be demolished.

Mayor Don McLaughlin said: “You could never ask a child to go back or a teacher to go back to that school. Ever.”

Nineteen children and two teachers were killed after a teenage gunman opened fire at Robb Elementary on May 24.

Reports claimed police were slow to respond as several officers waited even as the assailant was firing indiscriminately inside the classroom.

Steve McCraw, Texas’s public safety chief, told US lawmakers: “Three minutes after the subject entered the building, there was a sufficient number of armed officers, wearing body armour, to isolate, distract and neutralise the subject.”

The mayor criticised Steven McCraw saying that information being put out by the top official was unclear. Meanwhile, reports claimed Uvalde police chief Pete Arredondo was placed on administrative leave.

Hal Harrell, the superintendent of the Uvalde Consolidated Independent School District while expressing his dissatisfaction over the investigation into the shooting, said: “Today, I am still without details of the investigations being conducted by various agencies.”

“I have made the decision to place chief Arredondo on administrative leave effective on this date,” Harrell added.