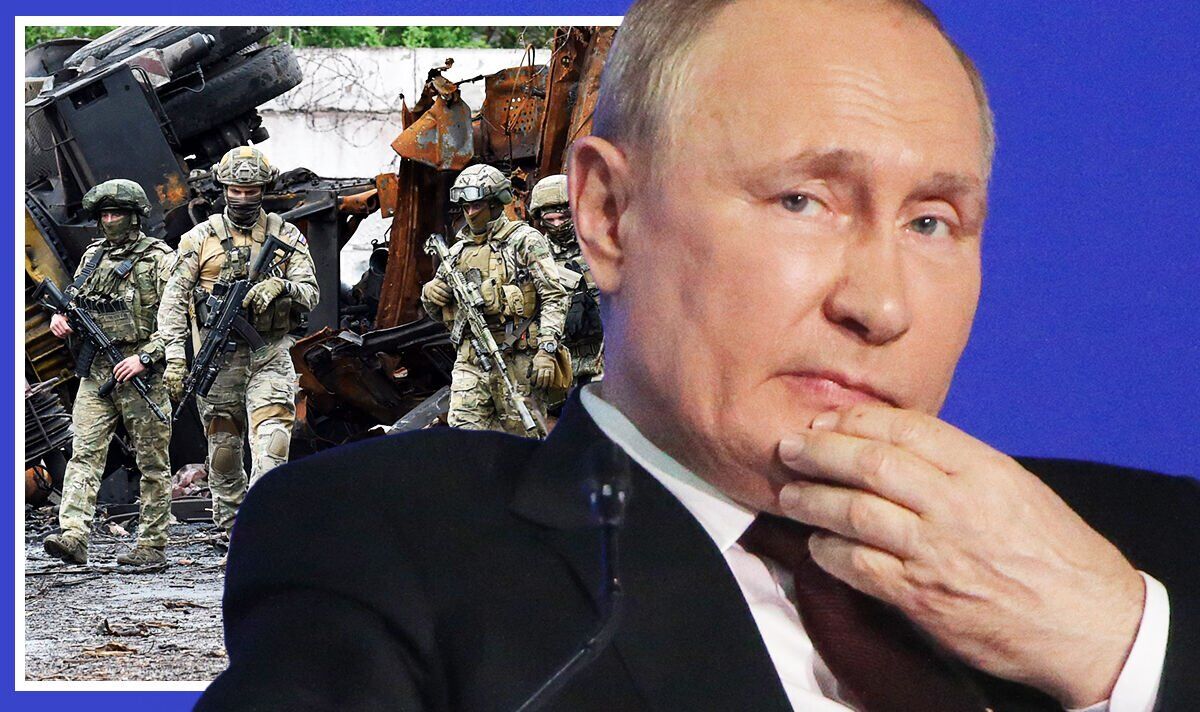 The attack is threatening to overrun a “significant” Russian stronghold and has seemingly caught Putin’s commanders by surprise. All eyes have been focused on military events unfolding in the south of Ukraine, particularly in the Kherson region. Last Monday, a spokesperson for Ukraine’s army confirmed Kyiv had launched a counteroffensive to retake Kherson.

Ukraine’s army made early breakthroughs in several directions towards Kherson in the first days of its southern push.

It appears to have maintained its momentum, with further captures of towns and villages reported over the weekend and on Monday.

However, the Kherson attack seems to have been a cover for a major assault in Ukraine’s east, which has sent shockwaves through Putin’s army.

Reports are coming in of fierce fighting near the city of Balakliya, located about 40 miles from Kharkiv in the east.

The city is a major hub for Russian soldiers and equipment and according to analysts is of vital importance to their war effort on the eastern front.

Anatoly Dremov, a volunteer from Saint Petersburg fighting for Putin’s army, has been maintaining a blog throughout the war.

He claimed that Balakliya was coming under heavy artillery fire from Ukrainian positions.

He wrote: “It appears that Ukraine’s army has not been strengthening its equipment in the Kharkiv direction in vain.

“It seems that the attack in Kherson was a diversionary move. The main attack is taking place on the Kharkiv front.

“Today the Ukrainians went on the attack in the Balakliya area.

“Right now they are undermining the bridges that lead into the city.

“They are shelling the city with large calibre artillery and multiple rocket launchers.”

“They can’t downplay the significance of it. It is absolutely crucial for them.

“This is why you have radio silence. If their stronghold falls, imagine what happens to all the other towns.”

He explained that the significance of the city lay in the fact that it was one of the places where Moscow had concentrated its depleted military resources.

He said: “They don’t have the men to defend many places, so they put all their men and resources into a small number of places and this is one of them.”

One of President Zelensky’s officials has reportedly promised “some big news” about Kharkiv region on Tuesday evening.