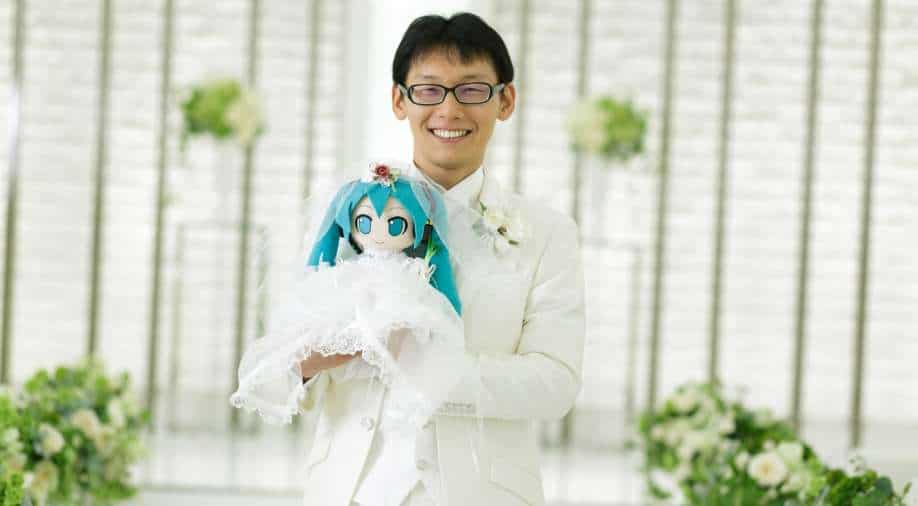 Anime and Manga are synonymous to Japan and that fixation has gone to a whole new level. 38-year-old Akihiko Kondo, who unofficially married fictional character Hatsune Miku in 2018, now, seems to be going through a turbulent phase.

This comes after a decade-long relationship with the computer-synthesized pop singer who had shared stage with Lady Gaga. Crediting his partner, Kondo said that she helped him pave his way out of depression.

Kondo, who has a regular job and enjoys the company of friends, while speaking to news agencies spoke of his emotions for the character to be genuine and true. This isn’t an unusual relationship, in fact there are thousands of fictosexuals in Japan.

How did he document his marriage?

It was a boon in 2017, when a company name Gatebox introduced a device that let people interact with these anime and Manga figures. And to authenticate the bond the company had introduced unofficial weddings with certificates. That’s how Kondo celebrated his union with Miku in an intimate ceremony attended by close friends.

Now, when everything about their relationship was so good then what really went wrong?

It was the ripples of the pandemic that the company Gatebox had to discontinue this special service. And with this Miku’s image from the device also disappeared. The day the service snapped Kondo said his last goodbye to Miku as he left for office.

Though he hopes to meet her again, maybe on another system. What’s perfect about their love story is that he says he will love her till the end of time.