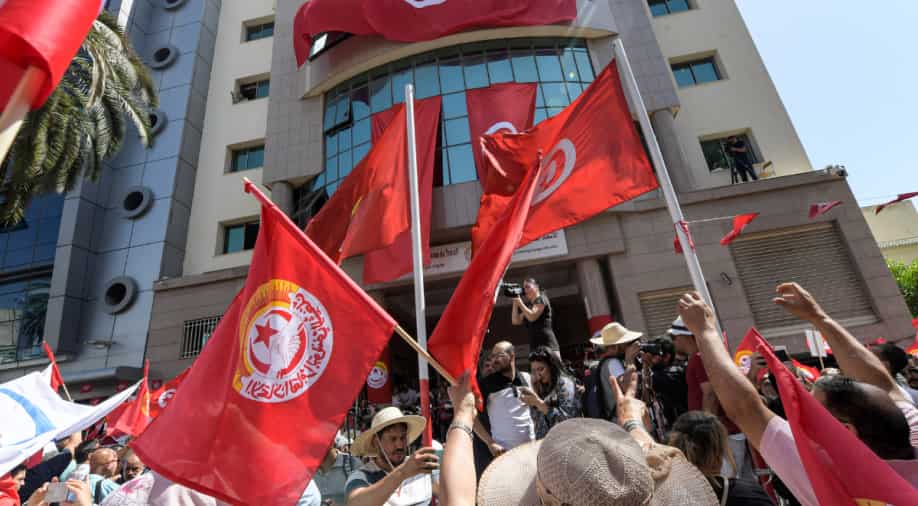 The head of Tunisia’s powerful UGTT trade union confederation on Thursday rejected conditions set by the International Monetary Fund for a new loan to bail out the country’s struggling economy.

“We reject the conditions set by the IMF, given Tunisians’ low salaries, lack of means, rising poverty and unemployment,” Noureddine Taboubi told reporters.

The global lender has called for “ambitious reforms” to tackle the heavily indebted country’s public finances and reform its state-owned companies.

The IMF’s regional chief Jihad Azour said on Wednesday that the fund was set to begin formal talks on a new financial aid package “in the coming weeks”, saying the economic fallout from the Ukraine war made it ever more pressing.

Azour had reiterated an IMF call for “swift implementation of ambitious reforms”, saying Tunisia “needs to urgently tackle its fiscal imbalances” including by replacing generalised subsidies with transfers targeting the poor.

“We support reforms, but we don’t share the vision of reforms supported by this government,” he said.

Watch | Judges in Tunisia are up in arms; Tunisian President sacked 57 Judges

He also indirectly criticised President Kais Saied, who in July last year sacked the previous administration and suspended parliament in moves opponents have called a coup against the only democracy to emerge from the Arab Spring uprisings.

The UGTT, a co-laureate of the Nobel Peace Prize for its efforts in a previous national dialogue following Tunisia’s 2011 revolution, initially backed Saied’s moves but has become increasingly critical as Saied extended his power grab.

On Thursday, Taboubi said, “When there is a government produced by institutions and elections, it will have the legitimacy to start negotiations over reforms.”

The IMF has previously conditioned any bailout deal on the union’s consent.

Azour visited Tunisia this week, meeting with President Kais Saied and other officials, and welcomed government plans to start tackling dire economic issues exacerbated by the war in Ukraine.