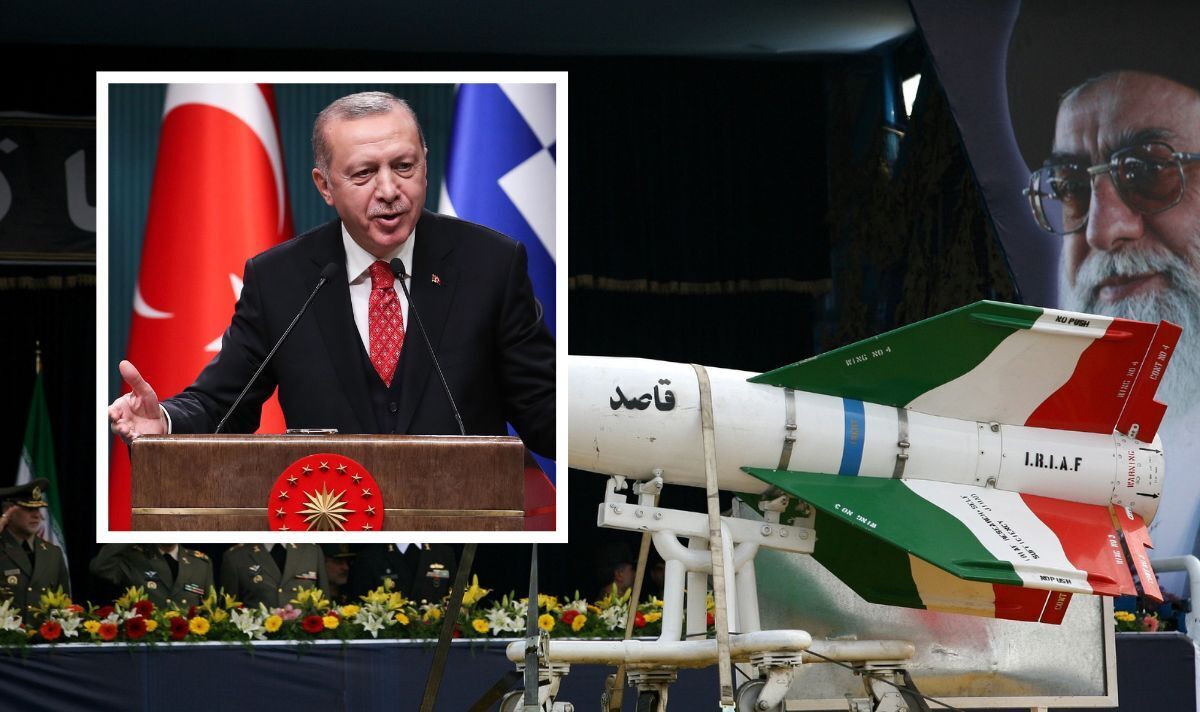 The New York Times’ Steven Erlanger has set out the hidden geopolitical moves behind the “odd relationship” between Vladimir Putin and the leaders of Iran and Turkey after a summit by the leaders in Tehran this week. Turkey‘s President Erdogan, announced earlier this year that he would launch a new offensive in northern Syria against the Kurdish YPG militia.

Mr Erlanger told TimesRadio: “What Turkey cares about, and this was the putative reason for this meeting to begin with was Syria.

“Because the Great’s one sport in Turkey is fighting the Kurds, and that’s very popular even among turkeys opposition parties.

“Erdogan wants to do a new offensive in northern Syria and the rest of Syria is pretty much dominated by Assad, Russia, Iran.

“So part of I think what this meeting for turkeys about is informing Russia and Iran what it wants to do in the Kurdish areas of northern Syria, a new offensive so that no one’s surprised.”

“But the fact of the matter is, as I say, it’s a kind of relationship of, of, of conveniences, and of interests.

A new Turkish offensive against the Kurdish YPG militia in Syria will remain on Turkey’s agenda until its security concerns are addressed, President Erdogan said, according to a text shared by the presidency, after talks with Iran and Russia’s leaders.

Speaking to reporters on his return flight, Erdogan said the three countries were united in counter-terrorism despite having different views on some Syria-related issues, adding he believes all three think alike regarding the YPG, which Ankara considers a terrorist organisation.

Erdogan accused the YPG, a key US ally in fighting Islamic State in Syria, of “draining” Syrian petrol and later selling it to the government of President Bashar al-Assad.

He also said the United States must withdraw from the east of the Euphrates river and halt its support for terrorist groups.

Mr Erdogan also said he wants a possible deal on resuming Ukrainian grain exports from the Black Sea under a United Nations-led plan to be put in writing this week after a general agreement was reached last week, according to the text shared by the Turkish presidency on Wednesday.

On Monday, Ankara said a meeting between Russia, Ukraine, Turkey and the U.N. would “probably” be held this week.

“An agreement emerged from the talks in Istanbul last week on the general outline of the process under the U.N. plan. Now, we want to tie this agreement to a written document,” Erdogan told reporters on a return flight from Tehran, where he met his Russian counterpart Vladimir Putin.

“We hope the plan will begin to be implemented in the coming days,” Erdogan added.

He also said Turkey and Russia, maritime neighbours in the Black Sea, would continue their solidarity on natural gas and the Akkuyu nuclear power plant, adding he had also discussed the procurement of amphibious airplanes from Russia with Putin.