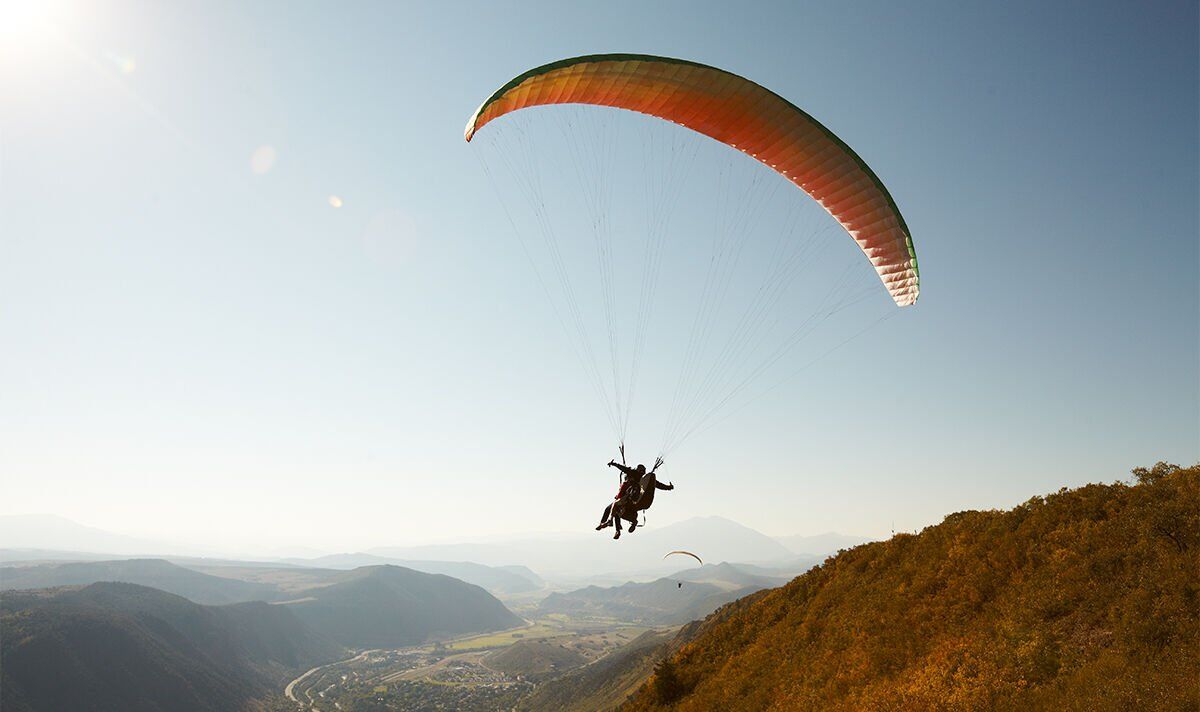 The French pair died after their motorised paraglider was caught by a strong gust of wind and crashed in a field. It comes amid a gale-force wind warning in Germany, with nearly 50mph gusts forecast.

The paragliders, a man and a woman, took off from an airfield in Ballenstedt, about 109 miles south-west of Berlin, according to authorities in the state of Saxony-Anhalt.

The pair, both 59, were urged to land due to a forecast for an abrupt change in the weather.

Police said that shortly after the warning “they appear to have been hit by a gust of wind that caused the paraglider to collapse, and the air vehicle crashed onto a field from a height of about 40 metres”.

A weather warning for gale-force gusts is in effect in the Saxony region of Germany, which includes Berlin and Leipzig.

It comes after a tornado swept through the western German city of Paderborn, injuring at least 30 people.

Meteorologists warned rainfall and hail were expected in western and central Germany on Friday, with storms producing gusts up to 81mph.

Storms on Thursday had already disrupted traffic, uprooted trees that toppled on to railway tracks and roads, and flooded hundreds of basements in western Germany.

“30 to 40 injured, at least 10 of them seriously,” Paderborn police said after the tornado.

Authorities in Bavaria also said 14 people were injured Friday when the wooden hut they were trying to shelter in collapsed during a storm at Lake Brombach, south of Nuremberg.

Among the injured were several children and a 37-year-old woman, who was airlifted to a hospital with serious injuries.

Schools in the western city of Cologne also closed before midday Friday to give students time to make it home safely before the storms hit.

More than 130 people were killed in the region last summer after it was hit by a flash flood in July.