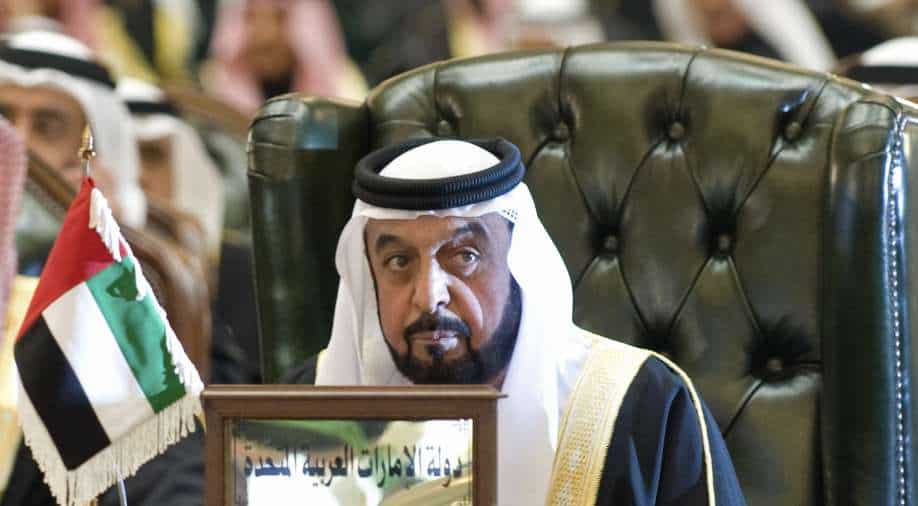 United Arab Emirates President and ruler Sheikh Khalifa Bin Zayed Al Nahyan has passed away, the Ministry of Presidential Affairs announced on Friday. He was 73.

“The Ministry of Presidential Affairs condoles the people of the UAE, the Arab and Islamic nation and the world over the demise of His Highness Sheikh Khalifa bin Zayed Al Nahyan, the president of the UAE,” the statement read, according to the Khaleej Times.

It is currently unknown how he died.

“The Ministry of Presidential Affairs also announced that the UAE will observe a forty-day state mourning with the flag flown at half-mast starting today, and suspend work at all ministries, departments, and federal, local and private entities for three days,” state agency WAM wrote in a tweet.

Sheikh Khalifa served as the president and ruler of the UAE since November 3, 2004. He succeeded his father, Sheikh Zayed bin Sultan Al Nahyan, who served as the UAE’s first president since the union in 1971 until he passed away on November 2, 2004.

Sheikh Khalifa is largely credited with helping to bring the UAE to global prominence and leading the country through turbulent times during the 2008 financial crisis.

Sheikh Khalifa, who was born in 1948, is expected to be succeeded by his half-brother Crown Prince Sheikh Mohammed bin Zayed al-Nahyan as the next ruler of Abu Dhabi, Reuters reported.

In 2018, Forbes named Khalifa in its list of the world’s most powerful people.

Under the constitution, vice-president Sheikh Mohammed bin Rashid al-Maktoum will act as the president until the federal council which groups the rulers of the seven emirates meets within 30 days to elect a new president.

Mohammed bin Zayed has been the de facto ruler of the US-allied UAE, particularly after Khalifa suffered a stroke in 2014, following which he has rarely been seen in public.