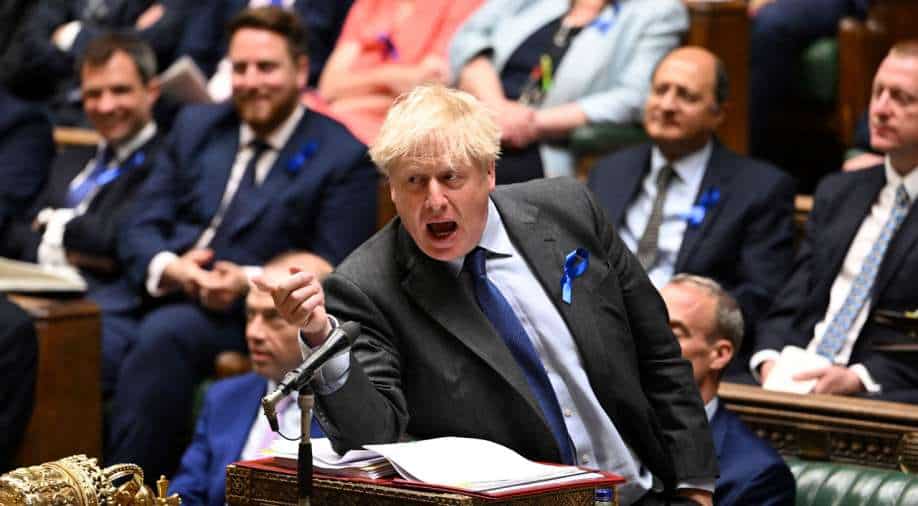 Despite the humiliating double by-election defeats suffered by the Conservative party in Tiverton and Honiton and Wakefield, British PM Boris Johnson has vowed to “keep going” at No. 10. The devastating losses for his Conservative Party also led to the resignation of the party chairman and one of his close supporters, Johnson suffered a triple blow, posing yet another serious threat to his leadership.

The Liberal Democrats won Tiverton and Honiton in the south of England and the opposition Labour Party won Wakefield in the north of England. Both polls were interpreted as a de facto vote on Johnson’s 58-year-old leadership of the party and as UK prime minister.

Boris Johnson has said he will “listen” to voters but will “keep going” after the Tories suffered a double by-election defeat.

“I think that what governments also have to recognise is that I don’t want to minimise the importance of what voters are saying, but it is also true that in mid-term, governments post-war, lose by-elections.I think if you look back to last May the truly astonishing thing was we managed to win Hartlepool in very different circumstances,”  he said.

With 13,166 votes against the Conservatives’ 8,231 in Wakefield, West Yorkshire, Simon Lightwood was able to defeat them and win for Labour. Meanwhile, Richard Foord of the Liberal Democrats won decisively in Devon, defeating a 24,000-vote Tory majority with 22,537 votes.

Oliver Dowden, the head of the Tory party, leaves after two losses in by-elections.

“I need to pay attention to what people are saying,”: With the by-election defeat, the PM said.

“County has lost faith in the Tories,” claims Starmer as Labour wins the Wakefield by-election

“You are not a fit leader”: After the by-election results, Foord criticises Johnson