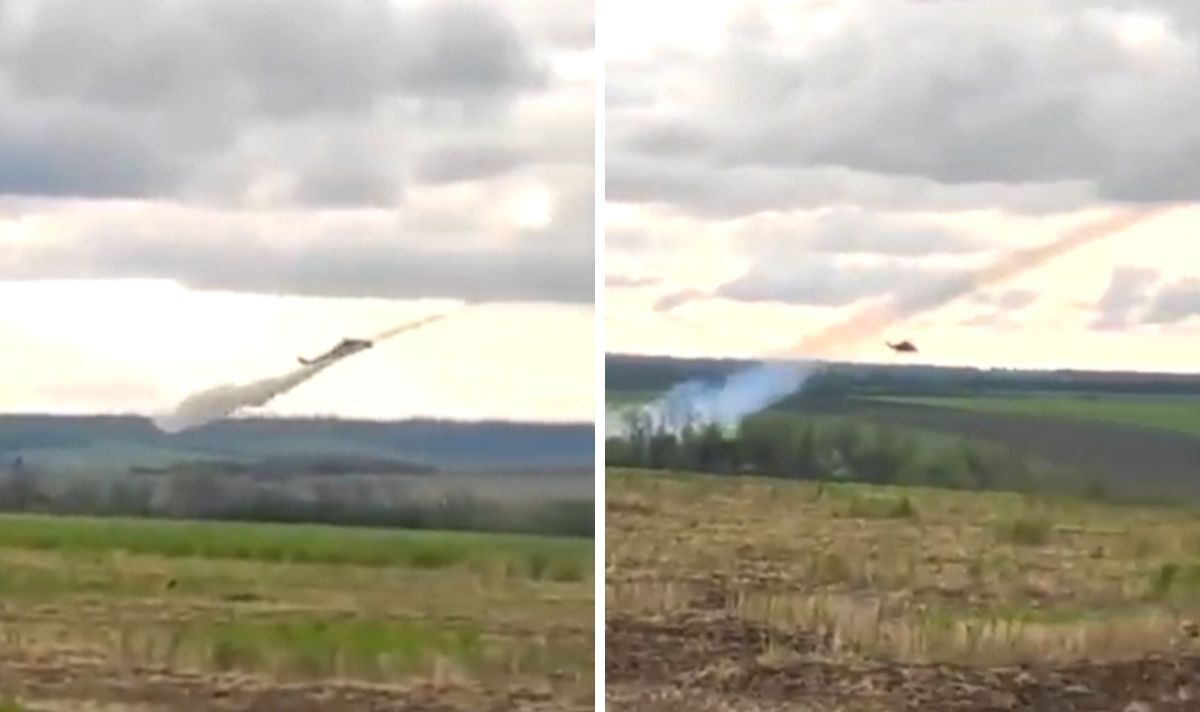 In a video released on social media, two Ukrainian Mi-24 and Mi-8 helicopters are seen patrolling a hilly countryside area. The two aircraft scan the site for Russian targets before both launching rockets while flying low to the ground. The first helicopter, just metres from the rolling grass banks, releases a missile towards Russian forces, before the second, flying slightly higher, follows suit.

Continued and ample western supplies of military equipment have emboldened Ukraine in its fight against the enemy invaders.

Thousands of weapons and artillery equipment have been sent to Ukraine from NATO member states.

Analysts claim the hardware provided so far has proved pivotal in repelling Russia’s advances in the conflict areas.

The United States, Britain, and Canada pledged to send more artillery at the end of last month, sparking Russian fears that they could be outgunned after heavy losses on their end.

The first images of the Ukrainian soldiers leaving the Azostavl steelworks emerged yesterday, but more have surrendered today.

Russia’s ministry of defence said 694 more fighters had surrendered overnight, bringing the total number of people who had laid down arms to 959.

But a pro-Russian separatist leader said commanders were still holed up in tunnels beneath the giant steelworks.

He said: “Unfortunately, the subject is very sensitive and there is a very fragile set of talks going on today, therefore I cannot say anything more.

He added that President Volodymyr Zelensky, the Red Cross, and the United Nations were involved in talks, but gave no further details.

He said: “The main thing is that our boys saved our country, gave us a chance to get ready for this destructive war.”

Ukrainian officials had confirmed the surrender of more than 250 fighters on Tuesday but they did not say how many more were inside or what would become of them.