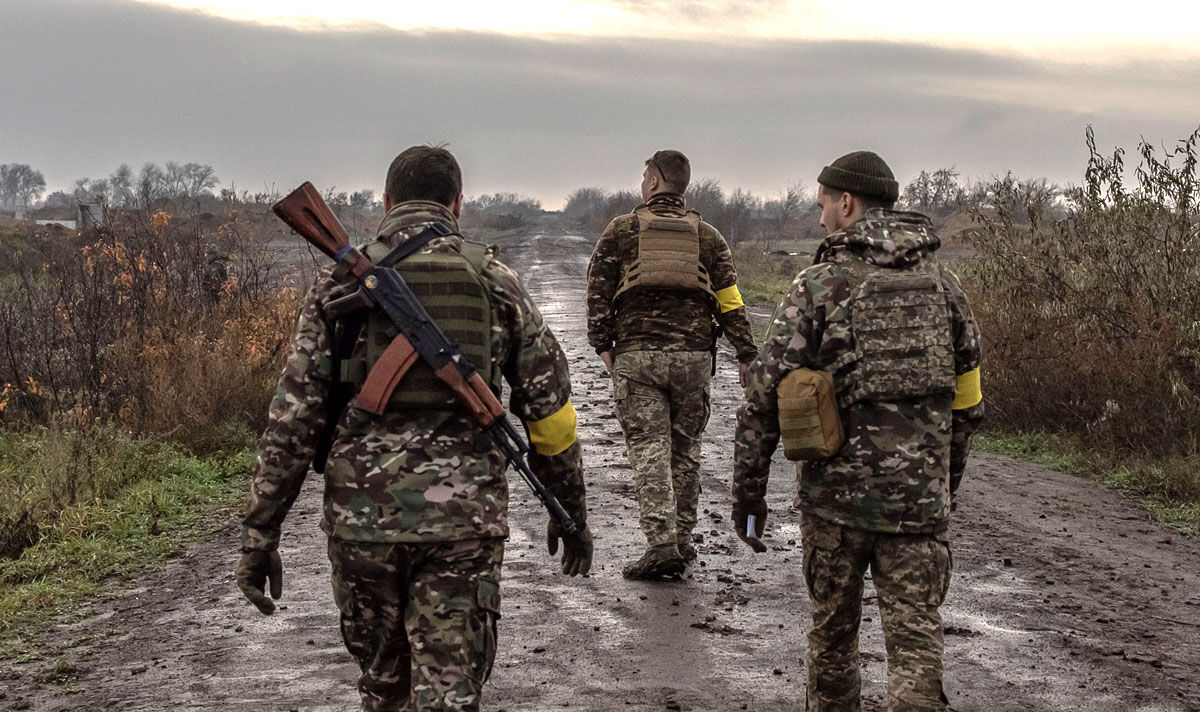 Ukraine could surround northern Crimea by “late spring next year”, according to a military expert, as they look to “move rather quickly” southwards to beat the harsh winter conditions. Former Supreme Allied Commander in Europe General Richard Shirreff said Ukraine’s aim was “very simple”, involving the recapture of “every centimetre of Ukrainian territory”, including Crimea, which was annexed by Vladimir Putin in 2014. The small land mass connecting Russia to the southernmost point of Ukraine is of significant value to Russia as it contains their only warm water seaport, the loss of which would deny them the ability to export for roughly a third of the year while the Siberian waters north of Russia freeze over.

Mr Shirreff said: “The Ukrainian aim is very simple: to regain every ounce, every centimetre of Ukrainian territory and make sure there are no Russians left on it. So, they want to regain the sovereign borders of Ukraine, including Crimea.

“And, I think that the chances are I would put money on them achieving that, probably at least being able to invest [military term for surrounding enemy forces, preventing their escape] northern Crimea by late spring next year.

“We’re seeing a slowdown now, of course. The weather has been wet. It is muddy as hell and movement is difficult.

“I think as the winter goes on, as the weather gets colder and the ground gets harder, I think we could see the Ukrainians begin to move rather more quickly.”

At present, the frontlines in the south of Ukraine have moved further towards Crimea. The two forces are now fighting over the Dnipro River to the southeast of Kherson, which was liberated by Ukraine a fortnight ago.

Russia are believed to be fortifying defences in the interstice between the river and northern Crimea with trenches several miles long, as well as channelling additional tanks and weapons into the region.

While the battle for the city of Kherson failed to materialise, with Russian troops fleeing before the Ukrainian Armed Forces arrived, the next phase on the doorsteps of Crimea looks likely to be hard-fought.

As the winter season looms, threatening to slow down, even immobilise, the advancing Ukrainian troops – temperatures tend to drop well before freezing in southern Ukraine – its forces will be hoping to retake as much Russian-occupied territory as possible.

Meanwhile, in Kyiv, where Russian strikes have pounded the city’s infrastructure and robbed people of essentials, such as a water supply, people lined up at public water points to fill plastic bottles.

In a strange new war-time first for her, 31-year-old Health Department employee Kateryna Luchkina resorted to collecting rainwater from a drainpipe, so she could at least wash her hands at work, which had no water.

She filled two plastic bottles, waiting patiently in the rain until they had water to the brim. A colleague followed behind her, doing the same.

“We Ukrainians are so resourceful, we will think of something. We do not lose our spirit,” Luchkina said. “We work, live in the rhythm of survival or something, as much as possible. We do not lose hope that everything will be fine.”

The city mayor said on Telegram that power engineers “are doing their best ” to restore electricity. Water repair teams were making progress, too.

Power, heat and water were gradually coming back elsewhere, too. In Ukraine’s southeastern Dnipropetrovsk region, the governor announced that 3,000 miners trapped underground because of power blackouts had been rescued.

Regional authorities posted messages on social media updating people on the progress of repairs but also saying they needed time.

Mindful of the hardships — both now and ahead, as winter progresses — authorities are opening thousands of so-called “points of invincibility” — heated and powered spaces offering hot meals, electricity and internet connections.

More than 3,700 were open across the country on Thursday morning, said a senior official in the presidential office, Kyrylo Tymoshenko.

In Kherson, hospitals without power and water are also contending with the gruesome after-effects of intensifying Russian strikes.