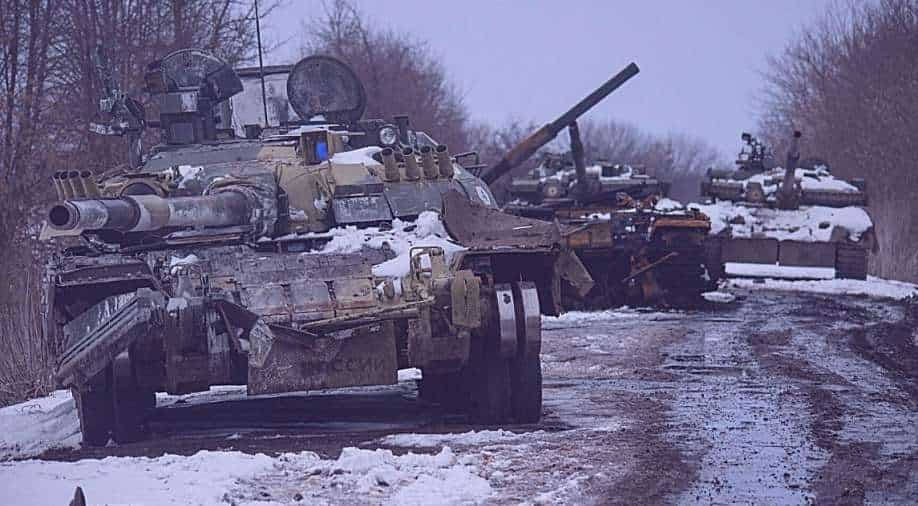 Russian troops in Ukraine are sabotaging own military vehicles and tanks in order to avoid fighting in war as per wiretaps intercepted by Security Service of Ukraine (SBU), said a report in The Daily Beast. The news outlet said that in one regiment, Russian soldiers were pouring sand in the fuel systems of the tanks to clog them.

The report in The Daily Beast is based on a Facebook video posted by a Ukraine Government handle. This is an audio clip in which two men can be heard conversing in Russian.

“I don’t follow stupid orders, I simply refuse,” one fighter can be heard telling a comrade. “The motherf****r sent me to tanks, motherf*cking piece of shit. I f***ed it up and that’s it.” The Daily Beast has quoted these soldiers.

Watch | Russia-Ukraine crisis: What happened on February 24 in Kyiv?

There are reports of Russian forces in Ukraine being low on morale. Russian President Vladimir Putin’s plan has been to capture Kyiv. But Russian invasion of Ukraine which commenced on February 24 has not yielded such a result so far.

Barring Mariupol, Russia has not been able to gain control of a single major Ukrainian city though it has carried out airstrikes and artillery attacks on several cities including Ukrainian capital Kyiv.

There has been a steady trickle of western help to Ukraine. On Friday, (May 7) US President Joe Biden signed a USD 150 million weapons package for Ukraine.

This package will help Ukraine fight off Russian invasion by giving it access to additional artillery munitions, radar and other equipment. It is the latest in the series of transfers.