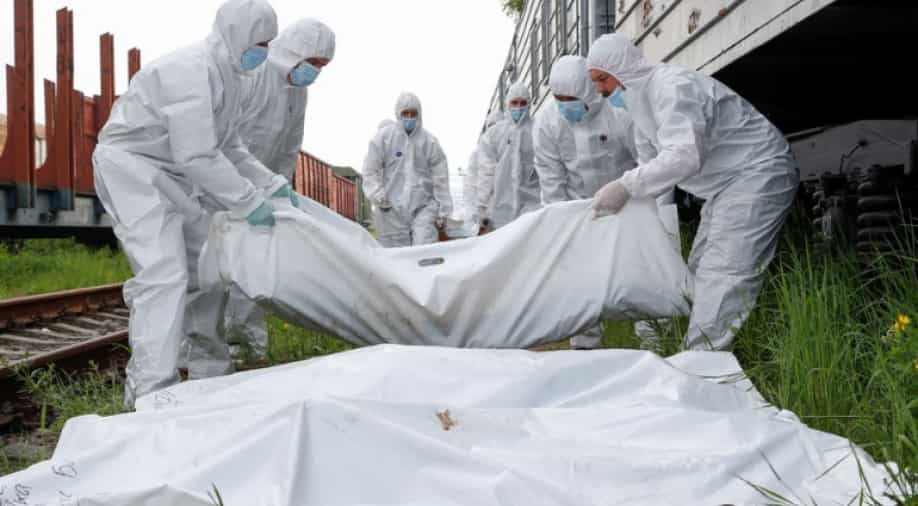 Ukraine has collected bodies of ‘hundreds’ of Russian soldiers in refrigerated train wagons so that they can be sent home.

Volodymyr Lyamzin, the chief civil-military liaison officer, told news agency Reuters that “Most of them were brought from the Kyiv region, there are some from Chernihiv region and from some other regions too.”

”According to the norms of international humanitarian law, and Ukraine is strictly following them, after the active phase of the conflict is over, sides have to return the bodies of the military of another country.”

“Ukraine is ready to return the bodies to the aggressor,” he added.

Ukraine’s military has released photographs of several hundred bodies that were being stored at a facility on the outskirts of Kyiv.

Earlier, a pontoon bridge and parts of an armoured battalion had been destroyed at the Siverskyi Donets River by Ukraine as per the British defence ministry.

Ukrainian forces have driven their enemies away from the country’s second-largest city, Kharkiv a month after it forced Russian invaders to abandon an advance on Kyiv.

In response, Russia bombarded nearby villages including Dergachi which is 10 km (six miles) north of Kharkiv, shot down a Ukrainian Su-27 aircraft, and disabled the Kremenchuk oil refinery in central Ukraine.

After missiles struck a building used to distribute aid, Dergachi Mayor Vyacheslav Zadorenko told Reuters “I can’t call it anything but a terrorist act.”

Russian President Vladimir Putin had called its attack on Ukraine a “special military operation” to demilitarise a neighbour threatening its security.