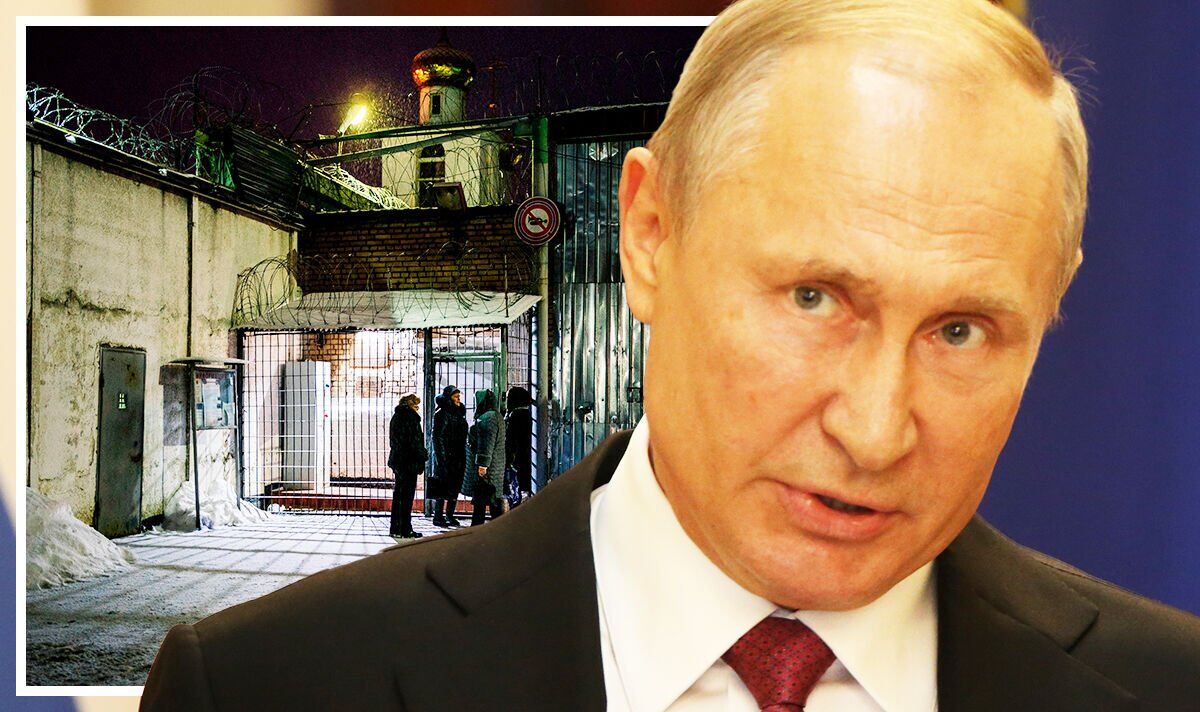 Putin is sending troops to the front line in Ukraine from “hell hole” prisons, according to a human rights group.

Vladimir Osechkin, founder of the organisation Gulagu.net, told RFE/RL two sources told him some 300 inmates at Correctional Colony No. 1 in the town of Tlyustenkhabl had been recruited by the private military company Vagner, which has ties to the Kremlin.

A day earlier, Gulagu.net issued a video it said was taken in the penitentiary in Adygea.

Soldiers from jails will bolster the ranks of the invading forces with the promise of almost £2,800 and their sentences scrapped if they comply.

Originally open to convicts with a record of military service, the new scheme now appears to be open to all prisoners, apart from people serving 20 years or more for heinous crimes.

The prisoner-soldier scheme is reportedly being run by the FSB, Russia’s state security services.

A family member of one convict said prisoners were being asked to attack ‘Nazis’ in Ukraine, the false claim put forward by the Kremlin about the war in Ukraine.

They said: “They talked to convicts and asked them to ‘defend Motherland’…. My relative was told this: ‘It is very hard to find Nazis, they are prepared very well. You will be in vanguard, help find the Nazis – this is why not everyone will return’.