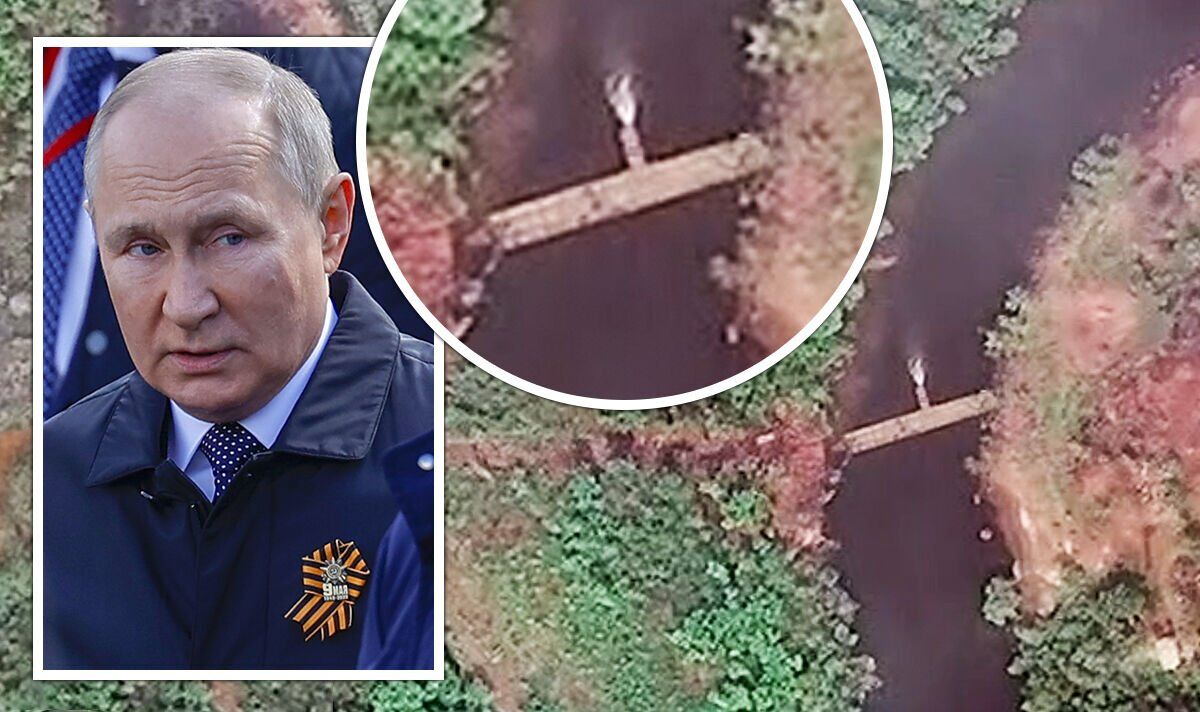 Speaking to CNN, Tom Foreman explained the importance of the bridge sighting, located just two miles from a devastating Russian attack on a school over the weekend. Ukrainians “fear that this could allow Russia to isolate them”, Mr Foreman said, and that it could bring further violence to an area that has already suffered from “sharp, sharp action”.

Mr Foreman said: “The Ukrainians have focused on bridges in the eastern regions a great deal, because one of the concerns all along is that the Russians would be able to get behind Ukrainian forces.

“They fear that this could allow the Russians to isolate them, cut off their supplies and then just chop away at them.

“This bridge, near Belahorivka, is one of those pontoon-type bridges, which has been built here.

“Now remember the Ukrainians have been blowing up a lot of their own bridges as they have retreated from areas.

“The Russians are a very traditional military force, they need to move big pieces of equipment, artillery, tanks, things like that.

“For that they need bridges, so the Ukrainians have managed to go after them to try and cut them off, but the Russians keep trying to rebuild them.”

“This bridge is about two miles away from all we say in that big school bombing over the weekend, where they could have been upwards of 90 people in the building, dozens killed.

“So this bridge is very close to where we have seen a lot of sharp, sharp action.”

Meanwhile, Russian Foreign Minister Sergei Lavrov has said Moscow does not want war in Europe, outside of Ukraine.

But he accused Western countries of wrongfully willing the defeat of Russia in its military campaign in Ukraine.

During a news conference in Muscat, Oman, Mr Lavrov said: “If you are worried about the prospect of war in Europe – we do not want that at all.

“But I draw your attention to the fact that it is the West that is constantly and persistently saying that in this situation, it is necessary to defeat Russia. Draw your own conclusions.”