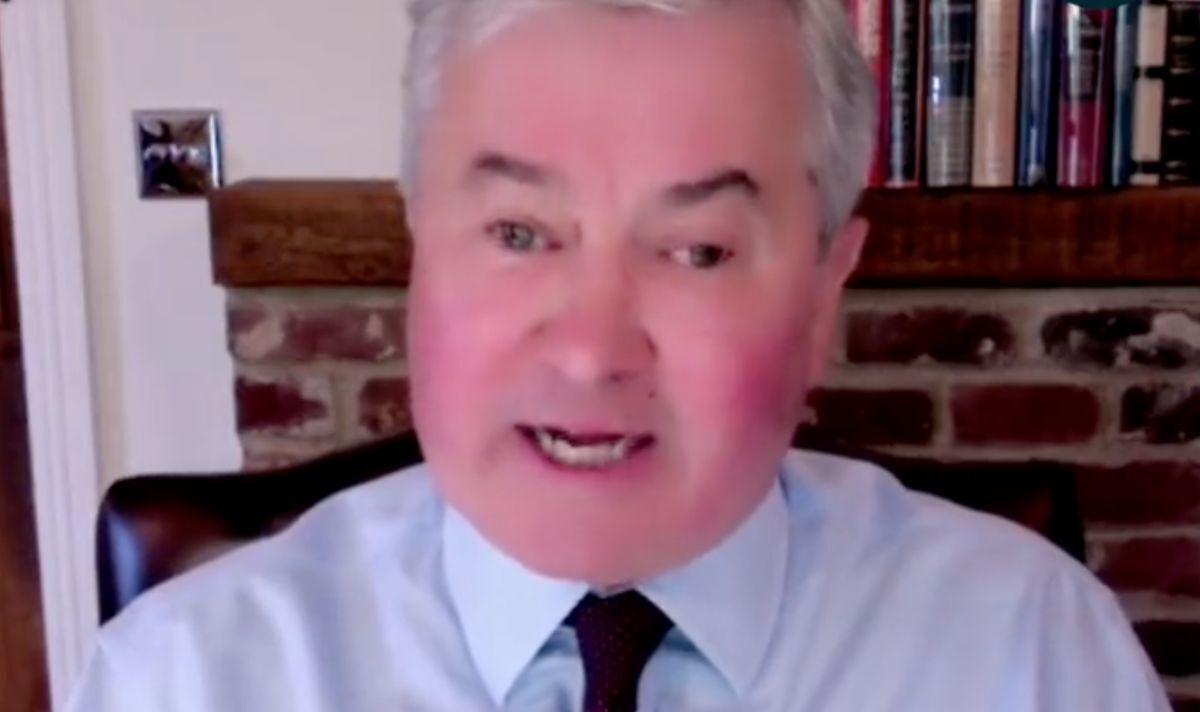 Sir Richard Barrons has suggested the Ukrainian Army will try and strangle the city of Kherson until the Russian defenders are “much weaker.” He warned the alternative would be an early assault which could lead to “mass casualties.”

Sir Richard told TimesRadio: “The Ukrainian military doing is isolating the city of Kherson by firing at the bridges that connected to Crimea, essentially, that’s having the effect of strangling the Russian military effort but not fatally.

“So yeah. We need to recognise the point of the decision here is the city of Kherson on a city the size of Southampton, and if Ukraine assaults the city early, it knows it will be a cost of massive casualties and, and equipment losses.

“So it’s much more likely that they will try and strangle the city until the Russian defenders are much weaker, which means that we won’t know the outcome of this really for a very long time, maybe not even until next year.”

It comes two days after Kyiv announced the start of a southern counter-offensive to retake Kherson.

Yuriy Sobolevskyi, the deputy head of Kherson’s regional council, told Ukraine’s national news broadcaster that Ukrainian troops had enjoyed successes in the Kherson, Beryslav, and Kakhovka districts, but declined to give details.

“Now is the time to support our armed forces… Now is not the time to talk about the specific successes of our lads,” he said, echoing the Ukrainian military’s insistence on a near-total information blackout about the offensive.

Sobolevskyi urged Ukrainians to support their armed forces with “everything they could” as the offensive was using up a vast quantity of resources.

“Right now, drones and ammunition are being used there like expendable material,” he said.

Ukraine, armed with sophisticated Western-supplied weapons, launched a fresh push this week to reclaim territory in its south. Zelensky, who urged Russian soldiers to flee for their lives, said his forces were also on the offensive in the east.

“Active military engagement is now happening along the whole front line: in the south, in the Kharkiv region, in Donbas,” Zelensky said in his nightly address on Tuesday.

Russia captured large tracts of southern Ukraine near the Black Sea coast in the early weeks of the six-month-old war, including in the Kherson region, which lies north of the Russian-annexed Crimean Peninsula.

Ukraine sees recapturing the region as crucial to prevent Russian attempts to seize more territory further west that could eventually cut off its access to the Black Sea.

DON’T MISS:
Have Your Say: Is Emmanuel Macron a friend of Britain? [GET INVOLVED]
Emmanuel Macron breaks silence on Liz Truss swipe as he mocks British [REACTION]
Fury as Labour attacked for siding with France and the EU to bash UK [UPDATE]

Kyiv has released few details of the offensive.

Britain, an ally of Ukraine, said Ukrainian formations in the south had pushed Russian front-line forces back some distance in places, exploiting relatively thin Russian defences.

While it was not possible to confirm the extent of Ukraine’s advances, unverified reports, images and footage on social media suggest its forces may have taken back some villages and destroyed some Russian targets in the south.

Russia’s defence ministry, however, said its troops had routed Ukrainian forces, adding that air defence units had shot down dozens of missiles near Kherson.