Skip to content
HomeWorldUkraine’s victories over Russia are exciting Wall St. That could soon fade 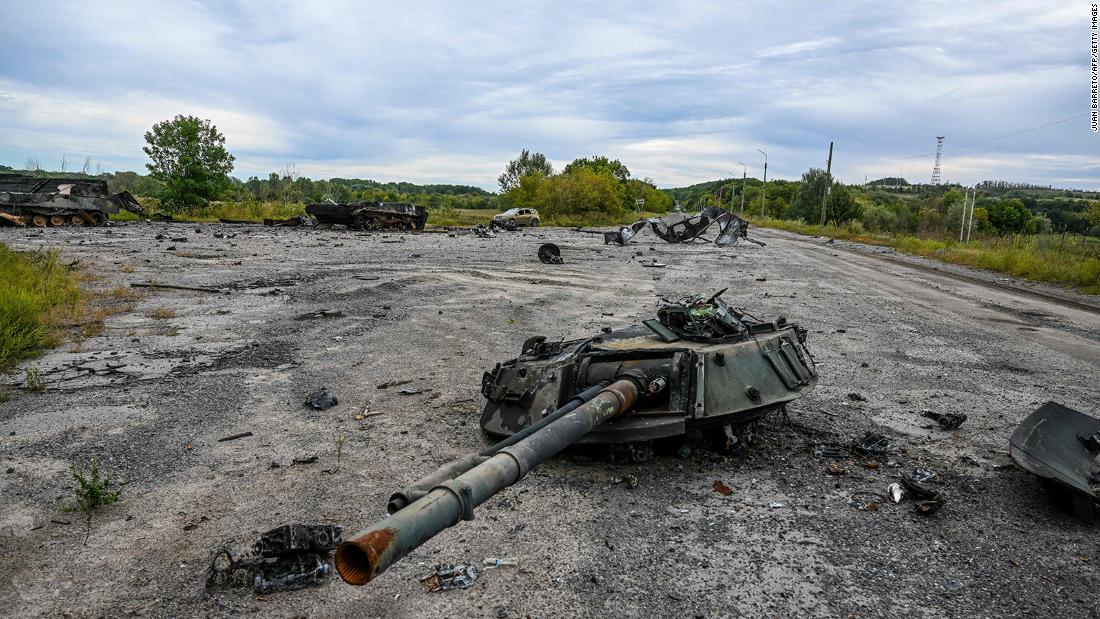 A version of this story first appeared in CNN Business’ Before the Bell newsletter. Not a subscriber? You can sign up right here. You can listen to an audio version of the newsletter by clicking the same link.
What’s happening: Ukrainian forces have recaptured more than 1,160 square miles of territory in recent days.
The developments are helping lift stock markets. The war has been a major drag on Wall Street since Putin’s invasion of Ukraine in February sent the price of energy and other commodities soaring. That made it harder to estimate when inflation would start to ease, and consequently to determine what central banks like the Federal Reserve would do next.
But investors remain cautious as they look ahead, warning that there are still too many unknowns to launch into a full-scale celebration.
“It’s very difficult to know exactly what is going to go on in the war and what the next steps will be from the Russia side, so I think we can’t really invest on the basis of that,” Willem Sels, global chief investment officer at HSBC Private Banking and Wealth Management, told me.
On the radar: The situation is very fluid. Russia launched fresh air strikes on the Kharkiv region on Monday, targeting the city center and residential districts.
And regardless of what comes next, it may be too late to save Europe’s economy from recession as the sharp run-up in energy prices compels households to spend less on non-essentials and forces heavy industry to shut factories.
Economic output in the United Kingdom stagnated in the three months to July, according to data released Monday. Meanwhile, Germany’s Ifo Institute has slashed its estimate for growth in Europe’s biggest economy.
“We are heading into a winter recession,” the institute’s head of forecasts said Monday.
Government packages aimed at supporting consumers could help prop up spending. The United Kingdom and Germany, along with other EU countries, have announced €500 billion ($507 billion) in subsidies for bills and other interventions aimed at softening the impact.
But central banks will likely need to keep aggressively hiking interest rates to get inflation under control. That will keep economic growth in check.
“It’s likely that monetary policy will need to tighten much further to tackle the UK and Europe’s generalized inflation problem effectively,” Neil Shearing, group chief economist at Capital Economics, said in a note to clients on Monday.
The United States is more insulated from the Ukraine war, but it’s still under recession watch as the Federal Reserve signals it will stay tough. China, meanwhile, is battling a real estate crisis and the impact of harsh coronavirus restrictions that continue to weigh on growth.
“Sky-high gas prices and aggressive monetary policy tightening have pushed the global economy to the brink” of a contraction later this year and early next year, Ben May, director of global macro research at Oxford Economics, said in a recent research note. “We expect a global recession to be avoided, but a sustained and substantial improvement in growth also seems unlikely.”
That makes it hard for investors to get too energized, though they’re hopeful there will be opportunities to use the ongoing turbulence to their advantage.
“We’re also playing the volatility,” Sels said. “You’re going to have lots of ups and downs.”

Around the world, transportation workers getting hammered by the surging cost of living and long hours are going on strike, adding to uncertainty about when global supply chains will start operating more normally.
See here: Unions representing tens of thousands of essential workers at US freight railroads could strike this week. This could bring nearly 30% of the nation’s freight to a halt, according to data from the Bureau of Transportation Statistics.
That would have big ramifications for businesses across the country and the broader economy. A complex network of logistics firms help move goods from Point A to Point B, but trains remain a crucial cog in the system.
A prolonged standoff could mean empty shelves in stores, temporary closures at factories that don’t have the parts they need to operate and higher prices due to the limited availability of various consumer goods, my CNN Business colleague Chris Isidore reports.
The Association of American Railroads estimates that a nationwide rail service interruption could cost the economy more than $2 billion per day. Shipments typically increase in the fall as companies stock up ahead of the holiday season.
“We’re hearing more and more that shippers and the railroads are getting anxious,” said John Drake, vice president for transportation, infrastructure and supply chain policy for the US Chamber of Commerce, a business lobby.
A central dispute is over the rules that govern workers’ schedules. Many of the engineers and conductors who make up the two-person crews on each train have to be “on call” to report to work seven days a week, preventing them from making their own plans and feeding staff turnover.
Watch this space: Since railroad workers are under a different labor law than the one that controls labor relations at most businesses, it’s possible that Congress could act to prevent or quickly stop a strike. But that would require a level of bipartisanship that is rare in Washington just weeks ahead of midterm elections.
Preparations to “manage and secure the shipments of hazardous and security-sensitive materials” will begin Monday, the Association of American Railroads said, and warned some customers “may also start to experience delayed or suspended service.” Unions claim this is a “completely unnecessary” maneuver by railroads aimed at boosting pressure on Congress.

Want evidence that crypto prices remain closely connected to what’s happening in the stock market? Take a look at bitcoin, which has rallied in recent days as the S&P 500 has gained ground.
The latest: Bitcoin is back above $22,000 for the first time in about a month. Crypto companies are seeing their stocks rally, too. Coinbase shares are up 2% in premarket trading on Monday after leaping nearly 11% on Friday.
But losses this year remain eye-watering. The price of bitcoin has plunged by 54% in 2022. Stock in Coinbase, which pulled off one of the hottest initial public offerings in 2021, is 68% lower. The declines have been closely correlated with the sell-off in stocks and moves away from riskier assets, despite hopes among crypto enthusiasts that digital currencies would serve as an effective hedge or store of value like gold.
As ever, future prospects are murky and could hinge on where the broader market goes from here. Investors are looking ahead to Tuesday’s US inflation release, which could set the tone for the rest of the month.
“The recovery in bitcoin since the end of last week has been very strong,” said Craig Erlam, senior market analyst at Oanda. “Things may be looking up in the short term, although once more, that may well depend on the inflation data.”
Oracle (ORCL) reports results after US markets close.
Coming tomorrow: Has inflation in the United States peaked? Economists polled by Refinitiv expect to learn that consumer prices increased by 8.1% in the year to August, down from 8.5% the previous month.