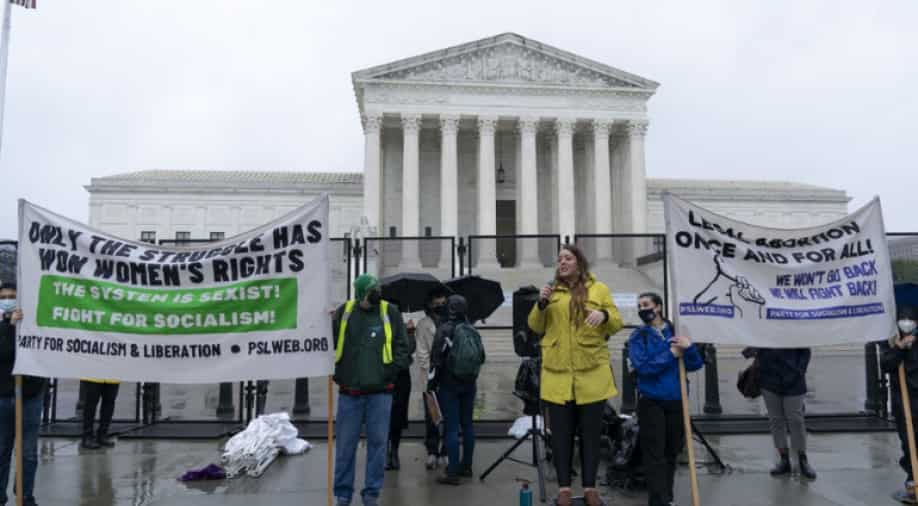 Activists in the United States have expressed concern that rolling back abortion rights can act as a threat to gay marriage.

They believe that if America’s Supreme Court overturns the 1973 landmark Roe v. Wade decision, it can have implications beyond abortion.

With the Republican Party already targetting the participation of transgender athletes in sports, activists fear conservatives will set their sights on other constitutional freedoms, starting with same-sex unions.

According to Katherine Franke, professor at Columbia University’s Center for Gender and Sexuality Law, “The results of this case, if this opinion is actually the final opinion, will unravel constitutional rights that generations of Americans have taken for granted.”

“Its limits are hard to anticipate,” she added.

Granting constitutional rights to “all unborn children from the moment of fertilisation,” Republican lawmakers in Louisiana have advanced a bill that would abolish abortion in the state.

Meanwhile, Democrats are asking voters in California and Vermont to enshrine abortion rights in their constitutions to expand and protect abortion access in more liberal states.

I believe that a woman’s right to choose is fundamental. Roe has been the law of the land for almost fifty years, and basic fairness and the stability of our law demand that it not be overturned.

We will be ready when any ruling is issued.

Politico had leaked a draft ruling of the US Supreme Court that said it could roll back half a century of abortion rights.

Justice Samuel Alito’s argued in his draft majority opinion that the right to abortion was not protected by the constitution as it is not “deeply rooted in this Nation’s history and tradition.”

Although the 14th amendment of the US Constitution does not mention specific rights but has been widely referenced by courts over the years in granting certain fundamental rights.

From allowing the use of contraception in the 1960s to legalising same-sex marriage, it has been used for ensuring equality and better healthcare when the court had a liberal majority.

Arthur Leonard, an expert on equality law at New York Law School, told AFP “If anything like Alito’s opinion turns out to be the final opinion of the court, it does open the door for people who want to attack same-sex marriage or gay sex in new cases.”

But after the appointment of three members by ex-president Donald Trump, conservative justices have a 6-3 majority in the Supreme Court.

Leonard believes they will be tempted to undo rights that conservatives believe have long vexed the religious right in America.

“Marriage is a status that’s recognized in society and entitles you to rights, benefits, etc,” he added.

“The leaked draft of the court’s opinion suggests that conservative members are emboldened by their majority, and may also be prepared to roll back other hard-fought fundamental rights.

“Systems of power, including our courts and elected officials, need to focus on ensuring all people have access to the health care that they need, rather than the opposite,” he added.