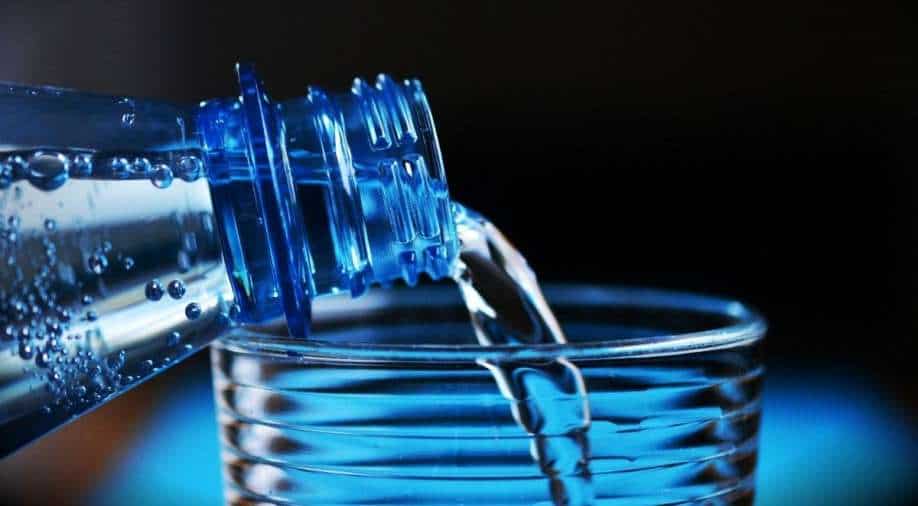 When the pandemic forced schools into remote learning, Washington-area science teacher Rebecca Bushway set her students an ambitious task: design and build a low-cost lead filter that fixes to faucets and removes the toxic metal.

Using 3D printing and high-school level chemistry, the team now has a working prototype — a three-inch (7.5 centimeter) tall filter housing made of biodegradable plastic, which they hope to eventually bring to market for $1 apiece.

“The science is straightforward,” Bushway told AFP on a recent visit to the Barrie Middle and Upper School in suburban Maryland, where she demonstrated the filter in action.

“I thought, ‘We have these 3D printers. What if we make something like this?'”

Bushway has presented the prototype at four conferences, including the prestigious spring meeting of the American Chemistry Society, and plans to move forward with a paper in a peer-reviewed journal.

Up to 10 million US homes still receive water through lead pipes, with exposure particularly harmful during childhood.

The metal, which evades a key defense of the body known as the blood-brain-barrier, can cause permanent loss of cognitive abilities and contribute to psychological problems that aggravate enduring cycles of poverty.

A serious contamination problem uncovered in Flint, Michigan in 2014 is perhaps the most famous recent disaster — but lead poisoning is widespread and disproportionately impacts African Americans and other minorities, explained Barrie team member Nia Frederick.

“And I think that’s something we can help with,” she said.

The harms of lead poisoning have been known for decades, but lobbying by the lead industry prevented meaningful action until recent decades.

President Joe Biden’s administration has pledged billions of dollars from an infrastructure law to fund the removal of all the nation’s lead pipes over the coming years — but until that happens, people need solutions now.

Bushway’s idea was to use the same chemical reaction used to restore contaminated soil: the exposure of dissolved lead to calcium phosphate powder produces a solid lead phosphate that stays inside the filter, along with harmless free calcium.

The filter has a clever trick up its sleeve: under the calcium phosphate, there’s a reservoir of a chemical called potassium iodide.

When the calcium phosphate is used up, dissolved lead will react with potassium iodide, turning the water yellow – a sign it is time to replace the filter.

“What’s great about it was that it’s kind of this little puzzle that I had to figure out,” he said.

Calcium phosphate was clumping inside the filter, slowing the reaction. But Maung found that by incorporating hexagonal bevels he could ensure the flow of water and prevent clumping.

The result is a flow rate of two gallons (nine liters) per minute, the normal rate at which water flows out a tap.

Next, the Barrie team would like to incorporate an instrument called a spectrophotometer that will detect the yellowing of the water even before it is visible to the human eye and then turn on a little LED warning light.

Paul Frail, a chemical engineer who was not involved in the work, said the group “deserves an incredible amount of credit” for its work, combining general chemistry concepts with 3D printing to design a novel product.

He added, however, that the filter would need further testing with ion chromatography instruments that are generally available in universities or research labs — as well as market research to determine the demand.

Bushway is confident there is a niche. Reverse osmosis systems that fulfill the same role cost hundreds to thousands of dollars, while carbon block filters available for around $20 have to be replaced every few months, which is more often than her group’s filter.