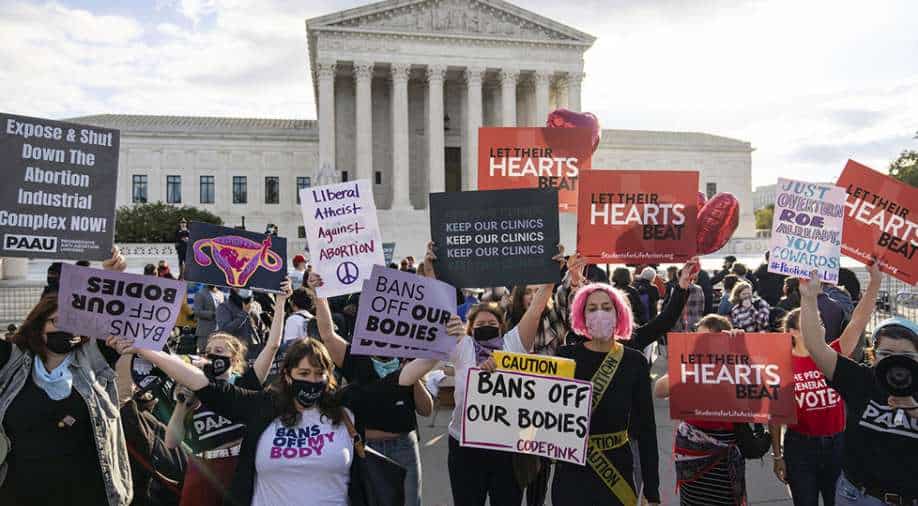 The leak is out, and according to it, the US Supreme Court has voted to overturn the landmark Roe v. Wade abortion decision from 1973, which preserves women’s rights to abortion in the United States.

The leaked draft of a majority judgement, which Politico published on Monday and the Supreme Court certified as legitimate on Tuesday morning, is not the final decision.

It’s possible that this will change in the future months.

However, five of the Supreme Court’s nine justices agree with Mississippi, which brought the matter before the court, and favour overturning the landmark decision. If that happens, abortion may be made illegal in at least 13 states, and possibly as many as 26.

As a result, hundreds of thousands of people in 26 states opposed to abortion would be forced to seek abortion elsewhere, either by driving hundreds of miles to an abortion clinic or by self-medicating with drugs obtained from grassroots or illegal groups.

The leaked view has re-ignited debate on a topic that has shaped US politics for decades. Let’s take a look at what it’s all about:

What is the case of Roe v Wade?

The Supreme Court decided in Roe v Wade in 1973 that the right to an abortion is guaranteed under the US constitution.

While abortion is not specifically mentioned in the constitution, the justices ruled that it is protected under the rights to privacy guaranteed by the constitution’s guarantees of liberty, particularly the ninth and 14th amendments, the latter of which prohibits a state from depriving “any person of life, liberty, or property, without due process of law.”

Is it possible to overturn it?

With a fresh ruling, a Supreme Court decision can be overturned.

However, such verdicts are uncommon, as most justices are hesitant to depart from the principle of stare decisis, or following precedent.

Senator Susan Collins testified at Kavanaugh’s confirmation hearing that conservative jurist Kavanaugh informed her in a closed-door meeting that Roe v Wade was “established law.” Kavanaugh was one of the justices who voted in favour of the draft opinion overturning the decision.

How did Roe v Wade come about?

Jane Roe, later identified as Norma McCorvey, was a Texas mother who sought an abortion after becoming pregnant with her third child.

At the time, Texas state law prohibited the procedure unless the woman’s life was in danger.

She filed a lawsuit against the government. Meanwhile, Texas Attorney General Henry Wade fought Roe for the state, earning the case the name “Roe v Wade.”

McCorvey’s lawsuit was one of many brought by pro-abortion rights groups around the country, and it went through multiple hearings and appeals before reaching the Supreme Court.

The court ruled with a 7-2 majority that the Texas law was unconstitutional.

By that time, Roe had already given birth to her third child, but the Supreme Court decided to proceed with the case, ruling her challenge was “capable of repetition” and therefore overcame the “mootness doctrine”.