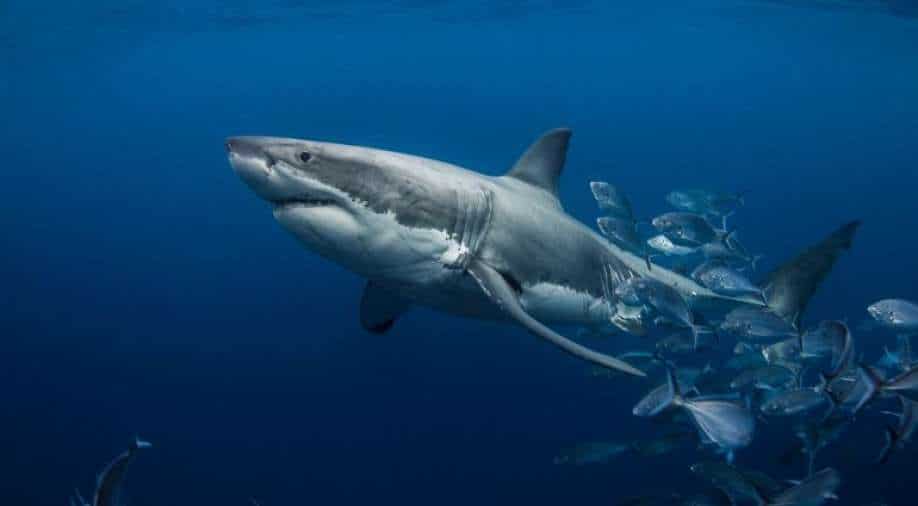 A great white shark, which is around 453 kilograms (1,000-pound) in size, has been spotted recently in the US.

The migrating shark, which has been nicknamed by researchers as ‘Ironbound’, was found off the coast of New Jersey on April 28. It was given this name as the shark was caught for the first time near West Ironbound Island, Nova Scotia. After being caught, it was also tagged in 2019.

The 12.4-foot-long (3.7 meters) marine animal seems to have been looking for rich fishing grounds.

“Mating season is over, we think, and Ironbound is on his way north to get into some good feeding ground and bulk up again for the next year,” Bob Hueter, chief scientist, Ocearch, told CNN.

The organisation, Ocearch, tracks great white sharks or Carcharodon carcharias by tagging them to understand their migrations.

A SPOT tag is a harmless device, which is attached to the dorsal fin of the shark. It relays its location to a global positioning device (GPS) satellite and falls off after a few years.

Since it was first tagged, Ironbound seems to have traveled around 13,000 miles (20,921 kilometers).

According to Ocearch data, it was located much farther out in the Atlantic Ocean on May 3.