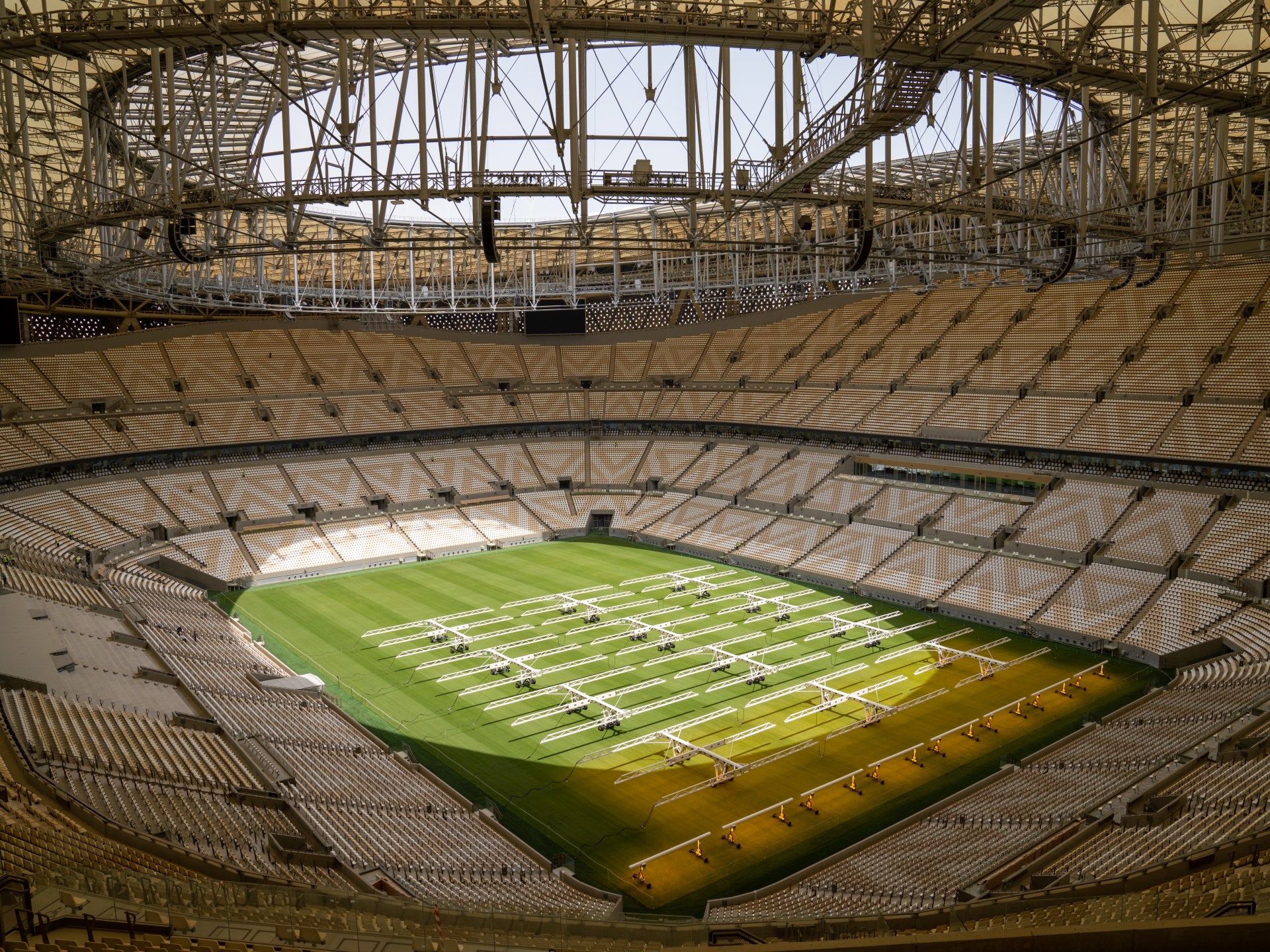 The match between two of Arab football’s top teams will serve as test run for the FIFA World Cup 2022 starting in November.

Top football clubs from Saudi Arabia and Egypt will face off in the Lusail Super Cup at the Lusail Stadium on Friday, with the match between  Al Hilal SFC and Zamalek FC  serving as a test run for the FIFA World Cup 2022 that kicks off in Qatar on November 20.

The game between the Saudi Pro League champions and Egyptian Premier League winners will be the first match to be held at the stadium, which will host the World Cup 2022 final, featuring two foreign teams.

Egyptian music legend Amr Diab will also perform at the venue which has a capacity of 80,000 and is the last of the eight World Cup venues to host matches.

Qatar 2022 Chief Executive Officer Nasser Al Khater said last week there was “no better way to test the full capacity of Lusail Stadium than by hosting two of the region’s biggest clubs”.

“Both Al Hilal and Al Zamalek enjoy massive support and boast a stellar record of accolades at both domestic and continental levels their pedigree will be a perfect match for a venue as magnificent as Lusail Stadium,” he was quoted as saying by Qatar News Agency.

Heading to the Lusail Super Cup tomorrow? These tips will help ensure a smooth arrival to Lusail Stadium. 🏆 pic.twitter.com/Or5M8gx1p3

Last month, a Qatar Star League fixture was the first competitive game to be held in the venue which was attended by 20,000 people.

Lusail Stadium is the football stadium in the country and will be officially inaugurated during the tournament itself.

The venue, located 15km (nine miles) from the capital Doha’s city centre, will host a total of 10 matches during the World Cup where Qatar is hoping to attract more than one million visitors.

Termed the most “compact World Cup” in history, the decision to award the tournament to the Gulf nation has been previously criticised due to its human rights violations.

Concerns have also been raised about accommodation for international visitors and fans, especially those without tickets and wanting to experience the World Cup and the country’s culture in various areas away from the stadiums, fan zones and public areas.

The game between Al Hilal and Zamalek will be their second encounter in nearly four years.

In their last match in October 2018 Zamalek defeated Al Hilal 2-1 to claim the Saudi-Egyptian Super Cup in Riyadh.

Al Hilal go into the game having won their last five matches while the Giza-based Zamalek have won only two.

The winner will be awarded $1.5m while the losing team will receive $1m.

The game will also serve as a stress test for the Qatar organisers with less than 75 days to go to the World Cup.

The public transportation company Mowasalat will run a full stadium express service with a fleet of more than 900 buses to transfer spectators to and from the stadium.

The company added in a press release that a “Park and Ride” facility will also be available on the day and a special bus service has been deployed for fans travelling from neighbouring countries.

There will also be a dedicated fleet of 350 taxis in the country to cater for fans attending the match, the company added.

Crowd management inside and outside the stadium will also be put to the test, including the use of the Doha Metro which will extend its service until 3am (oo:oo GMT) for the event.