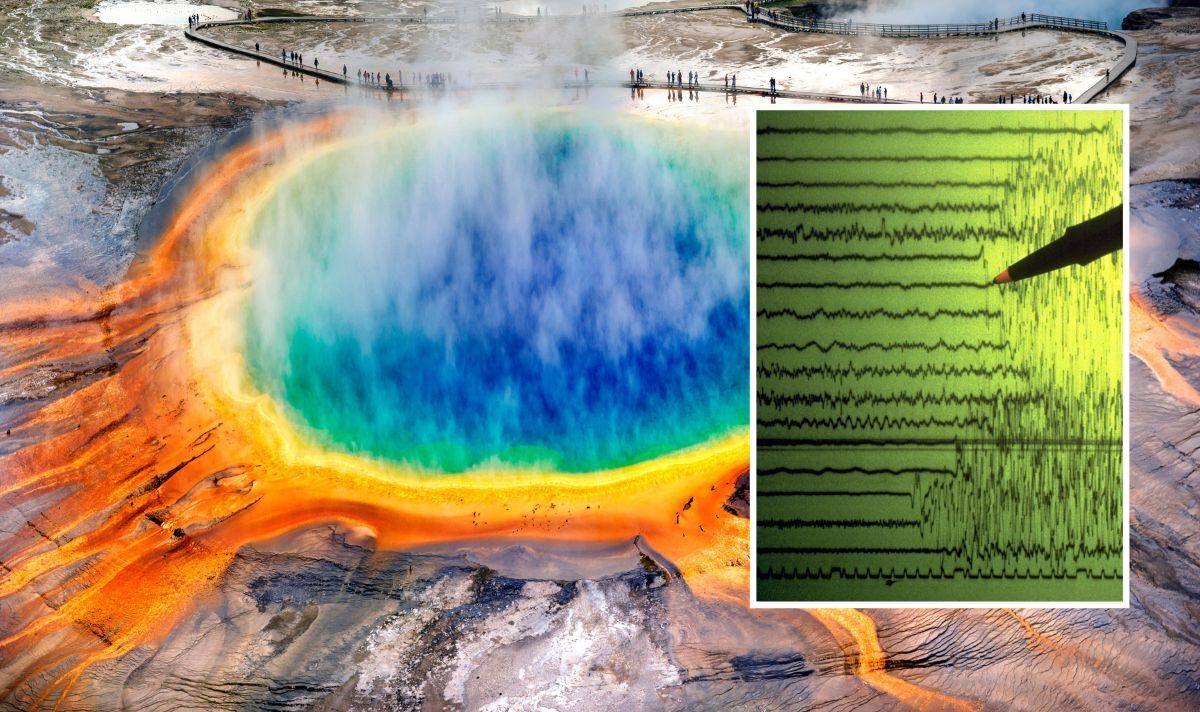 The magnitude of the earthquake near the still-active supervolcano in Wyoming, USA, was 4.2 according to the University of Utah. The shock was recorded at 7.32am MDT today (Wednesday) or 2.32pm BST. It was felt specifically on the east side of Yellowstone National Park.

According to the official report from the University of Utah, the epicentre of the shock was located 23miles northeast of the east entrance of Yellowstone National Park.

Scientists said that this was the largest earth tremor to occur in Yellowstone National Park since 2017.

That event was, according to scientists, “part of a long-lived swarm of small earthquakes in the area between Hebgen Lake and Norris Geyser Basin, northeast of West Yellowstone”.

Within less than two hours, 15 reports were filed through the USGS Earthquake Hazards Program platform about the event.

The reports described the shaking as “light” to “weak”.

Scientists from the University said earthquakes like this are common in the Yellowstone region.

Since 1973, over 30 earthquakes of 4.0 magnitude or greater have been recorded in the area.

Since 1962, a total of five earthquakes of magnitude 3.0 or greater have occurred within 16 miles of the epicentre of today’s earthquake

Yellowstone is the site of the largest and most diverse collection of natural thermal features in the world and the first National Park.

The area is famous for its outstanding natural beauty, but the supervolcano is what mainly attracts millions of visitors and scientists who visit it.

A simulation of a potential eruption of the Yellowstone volcano that took place last month showed that civilians who live nearby can do “virtually nothing” to prepare for it.

The volcano has experienced just three eruptions in the last three million years, the last coming 630,000 years ago, which was 1,000 times bigger than the Mount St Helens eruption in 1980 — an event that caused more than $1billion (£741million) in damage.

During the last eruption, the sheer volume of material caused the ground to collapse, creating a depression now known as the caldera, which is 55 kilometres by 80 kilometres wide.