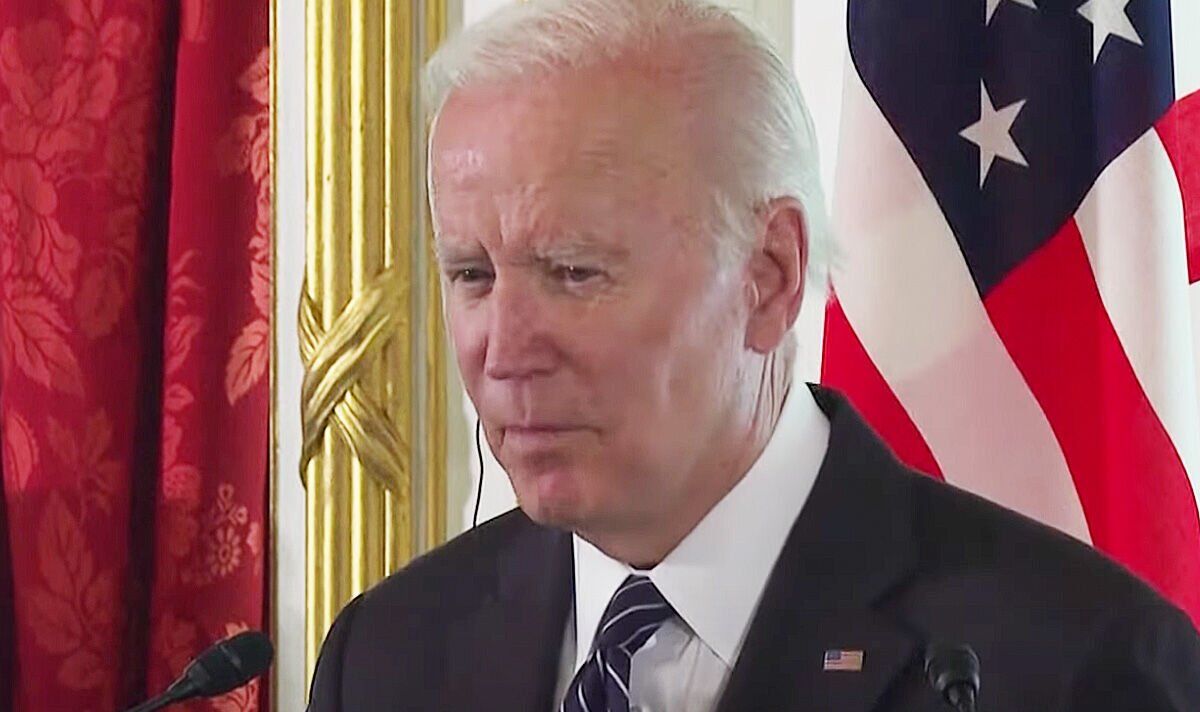 Joe Biden pledged the US would provide Taipei with military help in the event of a Chinese invasion of the island. Beijing has been ramping up its hostility towards Taiwan for months, with fears of a potential attempt to take over rocketing after Russia’s invasion of Ukraine. On Monday, the US President confirmed he is prepared to actively intervene to defend its ally in the pacific with troops on the ground.

Asked during a joint press conference with Japanese Prime Minister Fumio Kishida, Mr Biden was asked whether he was “willing to get involved militarily to defend Taiwan if it comes to that?”

The US President said: “Yes, that’s the commitment we made.

“The reason I bother to say this, it’s not just about Ukraine.

“If, in fact, after all he’s [Putin] done, there’s a rapprochement met between the Ukrainians and Russia, and the sanctions are not continued to be sustained in many ways, then what signal does that send to China about the cost of attempting to take Taiwan by force?”

JUST IN: Ukraine fury as EU and US allies suggest Zelensky should hand Putin disputed land

He continued: “We support the ‘One China’ policy, we support all that we’ve done in the past but that does not mean that China has the jurisdiction to go in and use force to take over Taiwan.

“So we stand firmly with Japan and with other nations to not let that happen.

“And my expectation is a lot of it depends upon just how strong the world makes clear that that kind of action is going to result in long-term disapprobation by the rest of the community.”

Several looked down as he made what appeared to be an unambiguous commitment to Taiwan’s defence.

Washington is required by law to provide Taiwan with the means to defend itself, but the US has long followed a policy of “strategic ambiguity” on whether it would intervene militarily to protect Taiwan in the event of a Chinese attack.

He said: “This statement deserves to be taken seriously.

“It is a clear enough statement that the U.S. will not sit by if China attacks Taiwan.”