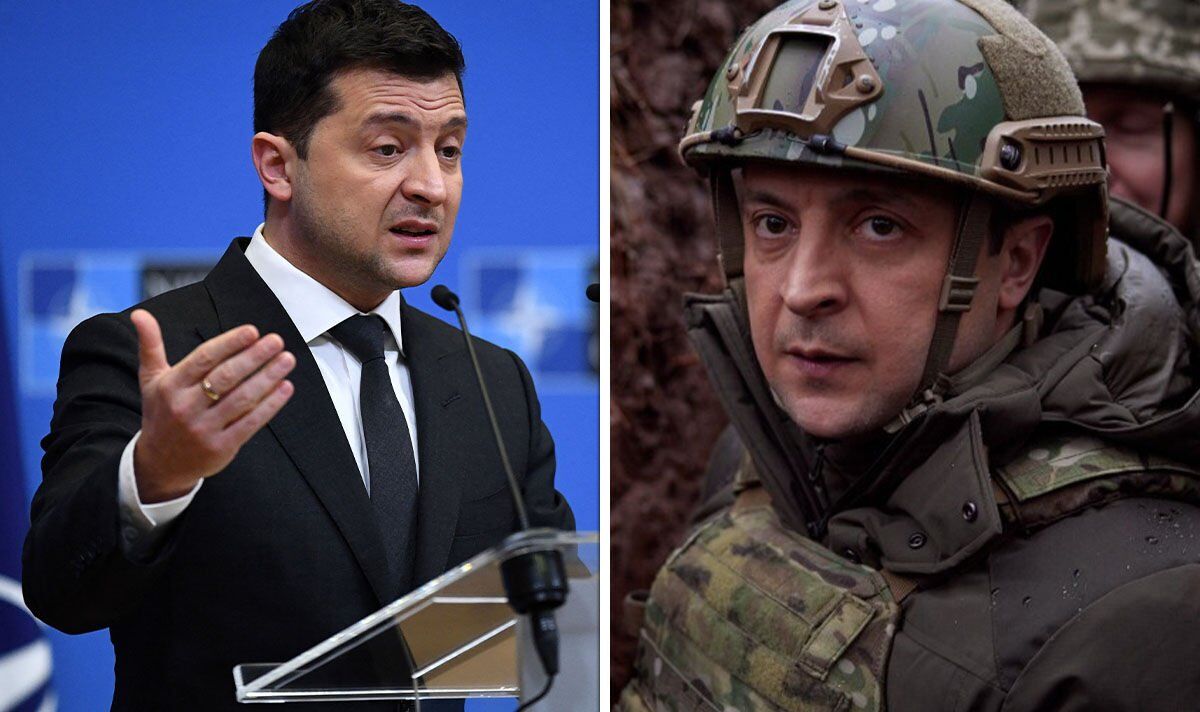 Zelensky has emerged as a global hero during Russia’s 11-week invasion of Ukraine as his own citizens and people around the world have rallied around the Ukrainian President’s bid to defeat Vladimir Putin. The former comedian has the backing of numerous world leaders, including UK Prime Minister Boris Johnson, who last month pledged more armoured vehicles, drones and anti-tank weapons to Ukraine.

Around 94 percent of Ukrainians strongly approve or somewhat approve of Zelensky’s performance as leader, according to a recent survey of 2,001 adults by the Center for Insights in Survey Research.

However, before Russia invaded on February 24, the figures told a different story, with just 31 percent of Ukrainians supporting their leader as of December 2021.

Prior to the war, Zelensky suffered a “huge political blow” and faced being ousted, according to Volodymyr Ishchenko, a research associate at the Institute of East European Studies at Freie Universität Berlin.

The expert explained how the Ukrainian leader launched a media crackdown in 2021, and then tried to arrest his predecessor, ex-President Petro Poroshenko – who he beat in the 2019 election – on charges of treason in January of this year.

Mr Ishchenko told Express.co.uk: “Zelensky attacked not only this part of Ukrainian politics, but also by the end of the year, he apparently decided to arrest Poroshenko, who was the leader of a more nationalist opposition to Zelensky.

“That actually failed quite miserably, and Poroshenko was just allowed to go free. Poroshenko only increased his popularity.

“Some of the most recent polls before the invasion actually showed that Poroshenko could win the elections against Zelensky if the elections could have been in February 2022.

“And that was a huge political blow to Zelensky after you recall how large he won in 2019 against Poroshenko.”

He accused those targeted of being bankrolled by the Kremlin and claimed the move was needed to stop “propaganda financed by the aggressor country”.

“It was quite a large attack on the opposition media.”

The political expert claimed Zelensky was making “many enemies”, including his feud with Ukrainian oligarch Rinat Akhmetov.

The Ukrainian leader accused the billionaire of plotting a coup against him in November last year, something Mr Ishchenko claims was preoccupying Zelensky right up until the Russian invasion.

He said: “So, Zelensky was losing his ratings and making many enemies.

“He actually started to quite widely publicise that he was fighting Akhmetov.

“He even blamed Akhmetov for preparing a coup d’etat against Zelensky.

“At the moment when the Western media were discussing the imminent Russian invasion, Zelensky was thinking about a coup d’etat by Akhmetov.”